My Application for Tax Exemption Was Submitted to the IRS. Why Is It Taking So Long? 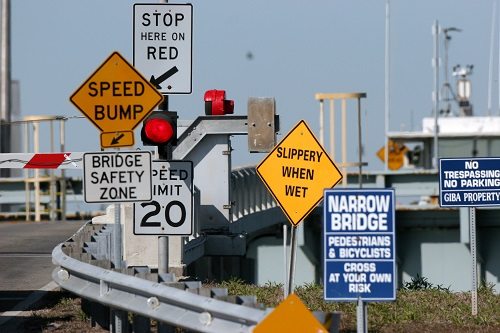 If you’ve recently submitted an application to the IRS for recognition of tax exemption, you’ve likely noticed that there are huge delays. Though you may still have to wait for your organization’s determination letter, understanding the reasons behind these holdups can help you navigate the setbacks and, in some cases, speed up the process.

It’s generally in an organization’s best interest to apply early for recognition of tax-exempt status under Section 501c3. Understandably, many donors are reluctant to make contributions (especially large ones) to organizations without an IRS determination letter. Contributions from private foundations (PFs) and donor advised funds (DAFs) are subject to rules that prohibit taxable expenditures and grants to organizations that are not classified as public charities under 501c3. Such grants count as taxable expenditures unless the grantor exercises expenditure responsibility over those grants. Typically, PFs and DAFs do not want this responsibility.

In addition to fundraising from the public, many states require charitable organizations to have a determination letter issued by the IRS prior to charitable solicitation or to obtain a sales tax exemption.

Overall, the recent and significant delays in processing exemption applications at the IRS are a perfect storm, in that they can be attributed to a combination of the following factors:

At the annual public meeting of the Advisory Committee on Tax Exempt and Government Entities (ACT) on Sept. 12, Commissioner Werfel indicated that the IRS made significant progress in addressing the problems in the 501c4 application process.

Further, the IRS has charted a path forward with intermediate actions, and Commissioner Werfel released an 83-page report in June that addresses the findings of TIGTA and acknowledges both organizational and individual failures within the IRS.

On the heels of Werfel’s report, National Taxpayer Advocate Nina E. Olson released a statutorily mandated mid-year report to Congress that identifies the priority issues the Taxpayer Advocate Service (TAS) will address during the upcoming fiscal year. The report stated that there is a lack of guidance and transparency in connection with the legal standard “primarily” required for section 501c4 organizations to qualify for tax-exempt status. Treasury regulations provide that an “organization is operated exclusively for the promotion of social welfare if it is primarily engaged in promoting in some way the common good and general welfare of the people of the community.”

It may be too early to tell if these IRS actions are substantive and whether they will substantially reduce the amount of time it takes them to review exemption applications. Marcus Owens, former head of the IRS’s Exempt Organizations division, didn’t appear to be optimistic when he commented, “It’s outrageous that the IRS is so dysfunctional in processing applications.” He attributed the delays to staffing shortages, as well as the lack of a plan for resolving hard technical issues raised by the 501c3 application. Owens said that the process is slowing down even more now, due to management shake-ups over the scandal involving the handling of conservative groups. As a result of the fallout, senior management of the exempt unit at the IRS was replaced with people who have no familiarity with the area.

In other words, things may be improving, but not quickly.

Paul Hammerschmidt is the director of the Exempt Organization Tax Practice in the BDO Greater New York Nonprofit Practice, where he is responsible for the team’s overall service approach and directing its day-to-day work. Having assisted nonprofits with tax issues for more than 25 years, Paul’s experience includes reviewing nonprofit operations to ensure compliance with tax regulations, assisting organizations in analyzing proposed transactions to identify any potential excess benefit transactions and ensuring compliance with intermediate sanctions. Paul also has experience in the evaluation of fundraising activities to determine compliance with IRS and state requirements. Paul is currently an active member of the Exempt Organization Committee of the New York State Society of Certified Public Accountants (NYSSCPA) and the American Institute of Certified Public Accountants (AICPA).