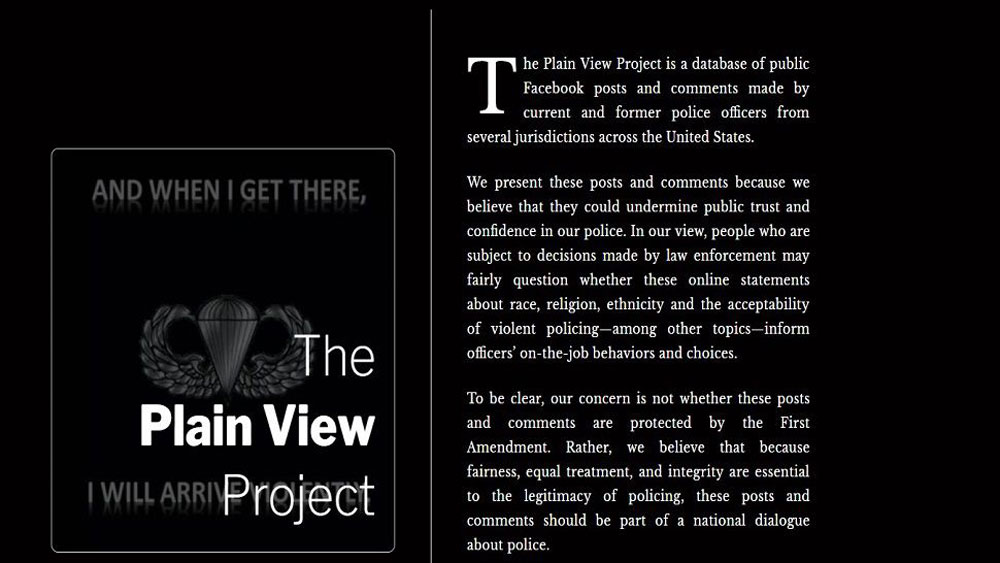 An investigation is ongoing, announced Commissioner Richard Ross on Wednesday, adding, “We’ve talked about from the outset how disturbing, how disappointing and upsetting these posts are and how they will undeniably impact police-community relations. We’re not naïve to the fact and nor are we dismissive of it.”

Here is how the nonprofit describes itself:

In the summer of 2016, a team of attorneys in Philadelphia learned that numerous local police officers had posted content on Facebook that appeared to endorse violence, racism and bigotry. In some of these posts, officers commented that apprehended suspects—often black men—“should be dead” or “should have more lumps on his head.” In other Facebook conversations, officers advocated shooting looters on sight and using cars to run over protestors. Numerous posts deemed Islam “a cult, not a religion” and referred to Muslims as “savages” and “goat-humpers.” And, in still others, officers appeared to joke about beating and raping women.

This discovery inspired the creation of the Plain View Project (PVP), a research project that has identified thousands of Facebook posts and comments by current and former police officers. We believe that these statements could erode civilian trust and confidence in police, and we hope police departments will investigate and address them immediately.

Ross says that beyond the investigation, the department will look at how to review employees’ social media posts and at the training needs of the department. That may be an uphill battle, in that, in a recent statement, the Philadelphia chapter of the Fraternal Order of Police union said the “overly-broad” investigation ignored the “good work done regularly” by officers of that department. Police Union President John McNesby said, “During this difficult climate in which police officers are constantly under attack, the FOP will continue to support officers.”

In St. Louis, the city’s top prosecutor has, as a result of the investigation, added 22 police officer names to her “exclusion list”—a list of 59 officers disallowed from bringing cases to her office. They will also not be issued search warrants.

“When a police officer’s integrity is compromised in this manner, it compromises the entire criminal justice system and our overall ability to pursue justice,” Gardner said in a press release. “After careful examination of the underlying bias contained in those social media posts, we have concluded that this bias would likely influence an officer’s ability to perform his or her duties in an unbiased manner.”

In New York City, 121 current and former police officers have been identified in relation to the racist posts.—Ruth McCambridge