A 25-Year-Old Lawsuit and the Persistence of Homelessness Advocates 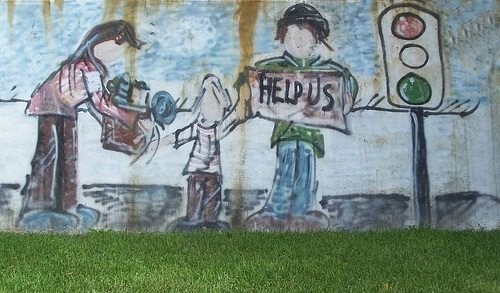 NPQ has written repeatedly over the years that it is one thing to pass a law, but an entirely different and more lengthy process to enforce implementation. In this case, after 25 years of fighting, advocates have finally garnered a court ruling to have a federal law properly implemented.

Title V of the McKinney-Vento Act, passed in 1987, requires federal agencies to list unused, surplus, or underutilized properties in the Federal Register, and to reach out to homeless services providers, giving them a 60-day right of first refusal on leasing or buying the sites. Since then, almost 500 properties have been obtained by groups serving the homeless.

But on March 21, 2013, in response to a lawsuit filed by the National Law Center for Homelessness and Poverty, Judge Royce Lamberth of the U.S. District Court for the District of Columbia found that many government agencies have not been complying with the law. That ruling mandates that the General Services Administration and the Department of Housing and Urban Development must take more steps to ensure that agencies comply.

“We’re very hopeful this order will result in potentially thousands of properties that have never been made available to homeless services providers to be screened for suitability and be made available,” said Tristia Bauman, an attorney with the Center. “We expect we’re going to be able to more closely monitor whether the government is complying, and have access to buildings that were unbeknownst to us before.”

According to this article, the agencies named in the original suit were the Department of Veterans Affairs, Defense Department, Department of Housing and Urban Development, the GSA, and D.C.’s Department of Health and Human Services. A permanent injunction issued in 1993 ordered the government to implement the law and preserved the right for the issue to again be brought to court if agencies did not comply. Attorneys for the government have tried to get that order lifted, but to no avail.

In the March opinion, Lamberth noted a large difference between the count on unused federal properties (28,000 between 2005 and 2011) reported through the Title V process and on properties labeled by the Office of Management and Budget as surplus (69,000 excess, unused ,and underused) federal properties.

The National Law Center for Homelessness and Poverty, one of the groups that filed the original lawsuit in 1988, has long advocated for better administration of Title V. Without constant monitoring and pressure, this law would fade into disuse, wasting the original advocacy effort. NPQ has written similarly about the Mental Health Parity and Addiction Act.—Ruth McCambridge