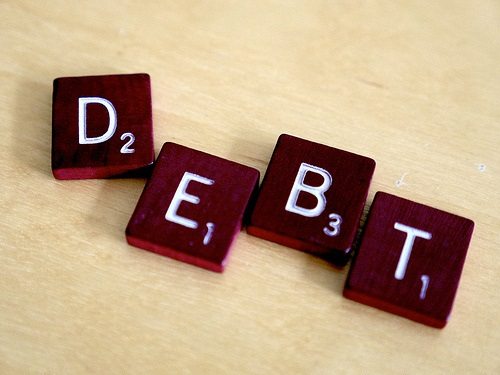 Before we go into this particular story, I suggest that you bookmark the webinar we did with Kate Barr earlier this week on common financial meltdowns.

NPQ has been chronicling the struggles of too many arts organizations which were affected by the recession in a very particular way. Here is what the pattern looks like:

In Philadelphia, this should sound very familiar.

The Please Touch Museum has $60 million in debt left over from its 2008 move into, and renovation of, Fairmount Park’s Memorial Hall, a massive and neglected artifact of the 1876 Centennial Exposition. The original goal for the project was $88 million, which did not come to fruition in the depths of the recession but even as its debt payments increased and its bond rating dropped, it was unable to raise $30 million to reasonably finance debt payments.

Now the owner of the bonds wants to start selling off the museum’s assets, including its exhibits, with that declaration coming just a few days before the museum made its proposal for resolution to owners of the bond debt. This would include annual payments through 2036 that are pegged to the museum’s performance, rather than to the original payment plan which escalates on its own schedule. This is the museum’s attempt to renegotiate debt with bondholders. If it does not work, they may file Chapter 11.

Meanwhile, the Philadelphia Theater Company also moved into a new building in 2007 and, similarly, could not reach its fundraising goal for the project. A recent report traces the financial problems back in part to fundraising shortfalls for the building. The theater company was, according to its 2012 tax returns, in debt to TD Bank for $11 million; it stopped paying on that loan in May of that year and the bank has foreclosed on and is actively marketing at least a portion of the property in the Suzanne Roberts Theatre. (Ralph Roberts is the founder of Comcast, and Suzanne is his wife.) The building itself was widely recognizedas being an innovative model—the development company “built in” a theatre on thelower level of an upscale condo high-rise, an important addition to Philadelphia’sAvenue of the Arts, expanding the high-profile arts presence a little further south.

The company is considered one of the top-tier theaters in a region that’s loaded with them. Michael Kaiser, author of The Art of the Turnaround, has issued a report on the theater that is now in the hands of the Roberts family, which is considering their position. Kevin Feeley, a spokesperson for the family, says, “All its building debt would have to be eliminated, and the operations would require at least $2.5 million to stabilize financially and that may need to be augmented by the new building owner’s granting five rent-free years to the theater.”

The tendency in these types of situations is to look for someone to blame and, indeed, amongst the exhausted board and staff there will surely be any number of prime candidates, but someone or some group with means and leverage sufficient to the cause has to be a dedicated champion for anything to work its way out.—Ruth McCambridge