A Cost Of Med School Debt: Poor Patients, No Doctors 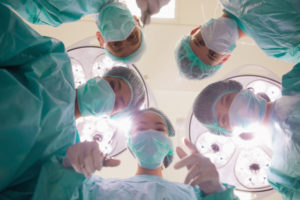 Over the next decade, the American Association of Medical Colleges is projecting a drastic decrease in the number of primary care physicians in the US, which could result in a shortage of 15,000 to 50,000 doctors nationwide.

Many suspect the sheer cost of medical school is driving students to choose higher-earning specialties over primary care. For instance, at New York University’s medical school, students were paying as much as $55,000 each year plus room, board and other fees.

But in August 2018, the prestigious school announced that it would start offering free tuition to all of its incoming students. They hope the move will help to diversify the next generation of doctors and that more of them will choose primary care over higher paying specialties.

Dr. Mark Friedberg, a primary care physician and researcher at the RAND Corporation is skeptical that NYU’s celebrated decision will have the impact they are hoping for. “Without changing the admissions requirements or what they value internally,” he says, “it’s really hard to say whether this change in how they’re handling tuition will have any effect on the composition of their student body or the specialties they choose.”

Another approach to tackling the primary care physician shortage is underway at the National Health Service Corps, a government program that provides full tuition for medical school if students agree to work as doctors in high need areas of the country after graduating. The program is also trying to lure current doctors to poor and rural areas, by offering them a loan repayment program if they commit to serving at certain high need sites.

The NHSC’s current director, Dr. Luis Padilla, took part in the scholarship program years ago and acknowledges that it can be hard to convince young doctors to move to rural areas, where amenities, entertainment and quality schools are in short supply. “In some areas across the country, you may be the only physician in that town. So it could be somewhat isolating,” he says.

Dr. Teresa Chan, a family doctor based in New York City’s Lower East Side, took part in NHSC’s loan repayment program after racking up more than $200,000 in student loan debt. Chan was able to have most of her loans forgiven after serving with the NHSC for seven years. She now has her own private practice and still serves low income patients, in the same neighborhood where she served with the NHSC. “I do wish that there were more doctors out there who wanted to keep servicing this population,” she says. ‘There are so many people, so deserving of good medical care.”