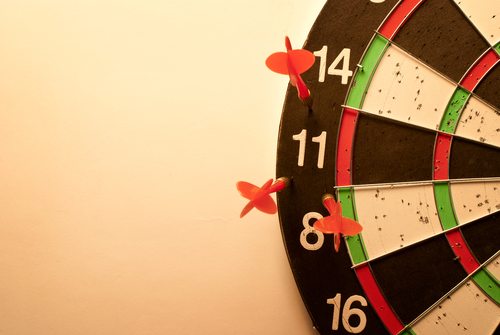 In most states, the post of AG—attorney general—is held by upwardly mobile politicians whose alternate job title might be “aspiring governor.” For nonprofits, however, the AG role is immensely important and serious. Typically, a state government’s oversight of nonprofits emanates from the AG’s office. We look to AGs to be serious, credible political leaders whose behavior sets a model of ethics and accountability that should be the benchmark for the tax-exempt sector.

Most AGs are exactly that, exemplars of the kind of ethical standards that nonprofits should emulate. A few AGs, however, have stumbled in recent months.

The first woman to be elected attorney general in the Commonwealth of Pennsylvania, Kathleen Kane, has had a free-fall in the estimation of much of the press and the public, particularly after a grand jury recommended that she be personally indicted for “perjury, false swearing, official oppression and obstruction” in connection with her office’s alleged leak of details of a secret investigation. She also scotched an investigation by a state prosecutor that caught a handful of state legislators on video accepting bribes in an Abscam-like sting.

Kane’s campaign for AG was largely based on the state’s poor handling of the Jerry Sandusky case. She followed up on the topic after her election, issuing a report that slammed the state under former AG (and later governor) Tom Corbett for a shoddy and slow investigation and indicated that both Penn State and Sandusky’s nonprofit, The Second Mile, had impeded the investigation. However, while Penn State authorities like former president Graham Spanier have been on trial for their actions or lack thereof in addressing the Sandusky crimes, the Second Mile leadership hasn’t been charged with anything and received limited attention in Kane’s report.

The other big nonprofit controversy in Pennsylvania that landed on Kane’s desk concerns the Hershey Trust. Despite many contentions about the $8.5 billion Hershey Trust, with the allegations that it purchased land for a golf course to benefit one of the Hershey trustees and that the $70 million invested in the golf course would primarily benefit Trust insiders, Kane’s review of the Hershey Trust didn’t do anything about those issues, but simply reduced how much trustees would be paid for their board service and limited how many trustees could serve simultaneously on the boards of the Trust’s two subsidiaries, the Hershey Co. and Hershey Entertainment & Resorts.

In December, Pablo Eisenberg wrote about the Hershey Trust’s policy of “systematically expelling children diagnosed with depression instead of providing appropriate treatment,” leading to 13 mistreated children, including one, Abbie Bartells, who committed suicide after her expulsion. Because the Kane report didn’t actually condemn the land deals, eliminate the trustee payments, or excoriate the Trust for the expulsion policy, Eisenberg termed “Kane’s report…a total whitewash and a sign of politics as usual in Pennsylvania.”

Although current Arizona attorney general and former Deadhead Mark Brnovich seems to be a piece of work, the incumbent AG he defeated at the polls, Tom Horne, was fined for having AG office employees spend work time on his political campaign, viciously impugned a whistleblower from the AG’s office who revealed these practices, and, through a lawyer who is now his law partner, slapped critics with a SLAPP suit to shut them up. This is the same AG who sued to prevent the Maricopa County Community College District from offering in-state tuition to immigrants who were included in the Obama administration’s program for the U.S.-born children of undocumented immigrants.

Not a model for rapid transparency, New Mexico’s previous attorney general, Gary King, failed to release the results of an investigation of alleged Medicaid overbilling by 15 nonprofit behavioral health providers in the state for two full years after the completion of the report. Despite incomplete information on the providers, the state shut down all 15, with Arizona-based providers taking their roles. King’s successor, Hector Balderas, the former State Auditor, released the report a month after taking office. Since the release of the audit, the public has learned that two providers had been fully investigated—and exonerated of the charges—and a third audit has been completed, but not revealed. Four more audits are in the works, and eight haven’t even started.

For struggles with accountability, it is hard to compete with former Utah Attorney General John Swallow, in office less than a year before he was charged last year with 14 counts including “receiving or soliciting bribes, tampering with evidence, obstructing justice, accepting a gift, falsifying or altering government records, making false or inconsistent statements under oath, misuse of public money, failing to disclose conflicts of interest and participating in a pattern of unlawful conduct.” Key to Swallow’s disgrace is having accepted substantial contributions from the payday lending industry through a “web of nonprofits” in return for the AG’s commitment to oppose payday-lending regulation.

While there are attorneys general around the nation worthy of the nonprofit sector’s admiration, the point of this newswire isn’t to contrast dubious AGs with a couple of good ones. Rather, this is a call for nonprofits to work with better government allies to ensure that the office of attorney general in their states maintains the highest possible standards of probity, accountability, and transparency. If nonprofits truly believe in and want effective state government oversight of the nonprofit sector, they had better work hard to make sure that the entities charged with nonprofit oversight meet and exceed the kinds of standards that nonprofits themselves believe they are—or should be—held to.—Rick Cohen

Correction: An earlier version of this article mistakenly said that Hector Balderas failed to release the investigation results while he was attorney general. The proper sequence of events has been restored.