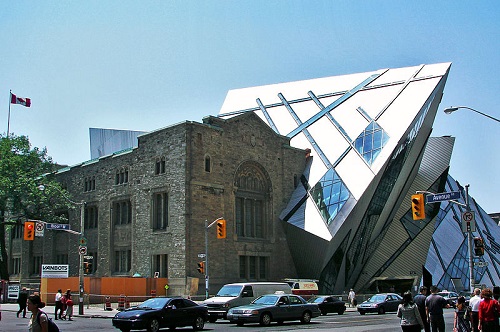 This investigative article is excellent reading for anyone considering the launch of a capital campaign. In it, the Globe & Mail revealed that the Royal Ontario Museum (ROM) is apparently having trouble collecting approximately $23 million in pledges made to its capital campaign concluded in 2010. The museum, however, has named and celebrated the donors as having made their gifts.

According to the original G&M investigation, one of the pledges counted as overdue was made by Shreyas Ajmera, a food industry magnate who along with his wife is celebrated in a wall-sized photograph as one of the museum’s “New Century Founders.” A gallery of international artifacts is also named after the couple even though the pledge made in 2006 had not been paid by the start of 2015. According to this report, Ajmera said that the museum agreed to have the contribution paid in installments at his discretion. “When we pay, we pay,” he said.

The museum’s new policy, now two years old, is that naming rights will be withheld until 25 percent of the money is in hand. (Since the first interview he gave to the paper, Ajmera has announced that he has given the ROM more than one quarter of his pledge, coming into compliance.) But, obviously, it is awkward and terrible donor relations to have to depend upon the press to embarrass a donor into paying up. By the Globe’s account, the museum was relatively reticent in talking with the press, but external concerns about the museum’s unpaid pledges are relatively longstanding, dating back more than five years.

Ajmera is not the only problem in terms of outstanding pledges:

“Alex Shnaider…told the Globe through a lawyer that his 2007-08 $5 million pledge was contingent on the success of his investment in the Trump International Hotel and Tower in Toronto, and that he still hoped to pay it, and Michael Lee-Chin…has more than $10 million left to pay on a $30-million pledge he made in 2003.”

The institution is not only publically funded, but it also has lenders, so other stakeholders are naturally involved. Bruce MacDonald, chief executive officer of Imagine Canada, a service organization and advocate for charities, comments, “It’s incumbent on organizations before they embark on this kind of hugely visible campaign to have done their homework.” But he also said that he had not seen a similar situation in the past. Meanwhile, the museum has not been able to make loan payments and is incurring extra cost with lenders—thus, the value of the gifts has descended with every year.

The museum’s new policies on pledges were developed in 2013 for its entry into a standards program run by Imagine Canada. The program requires all accredited organizations have clear fundraising policies; these include a ban on selling mailing lists, accuracy in representing the charity’s activities, and respect in all materials for those whom the charity serves. Its recommendation with regard to publicizing donors’ pledges or gifts is only that members must have their own clear policies in place.

The ROM has also instituted a policy that requires consistency in the size of gifts that can be recognized with naming rights. “It’s good news that an organization like the ROM has registered for the standards program,” Mr. MacDonald said. “It’s a good sign charities realize that being open and transparent is important.”—Ruth McCambridge