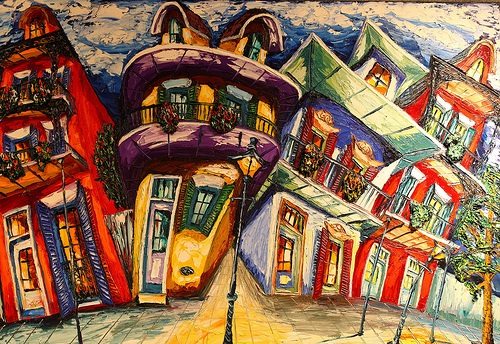 The facility itself will cost an estimated $12.5 million. The retreat will be sited in a 1798 West Indies–style plantation house on Bayou Road, but the foundation also bought the adjoining corner store to use as a meeting hall along with five small apartments to be renovated into living spaces for visiting artists. Finally, a $4 million group of state-of-the-art studios designed by a premier architecture firm in New Orleans will be added.

Joan Mitchell, for whom the foundation was named, was herself an artist, and she set the charity up to benefit fellow artists. It was expected to be a modest endowment funded by the loan and sale of her personal collection of paintings, drawings, and prints. But after Mitchell died, the price of her paintings skyrocketed, with one abstract setting a new record for a work by a female artist.

After 9/11, disaster assistance to artists became a focus of the foundation, which explains the connection to New Orleans. In 2010, an exhibit of Joan Mitchell paintings in New Orleans solidified the connection.

Miranda Lash, the curator at the New Orleans Museum of Art, says of the retreat residents, “They bring their own level of prestige. I’ve spoken to well-known international artists who want to have a relationship with New Orleans. Joan Mitchell can make that happen. The circulation of ideas in and out of this city is vital for the community to grow and that circulation costs money.”—Ruth McCambridge