A Nonprofit, the IRS and a Kafkaesque Tale of Bureaucracy 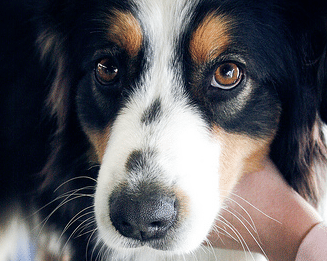 It’s always good to see a piece on nonprofits by Bergen Record columnist Harvey Lipman, as he used to be a reporter for the Chronicle of Philanthropy and knows his way around our sector. He writes about one of the small nonprofits that had its tax exemption revoked last year in the IRS’s effort to clean up the tax-exempt rolls of nonprofits that didn’t really exist. The process revoked the tax-exempt status of nonprofits that couldn’t file a Form 990 e-postcard for three years running, which was more than a few; the IRS decertified 275,000 nonprofits this year.

One of those was the Animal Rescue Fund (with the animal-friendly acronym ARF), which Sandra Sobilo operated out of her home in Teaneck, N.J. Recognizing that there would be some legitimate nonprofits that might have their tax exemptions revoked in this process, the IRS has a provision for reinstating nonprofits without putting a huge amount of regulatory hurdles in the way of these tiny charities.

That’s not quite the experience that Sobilo describes, however. Her nonprofit is, roughly, half financed out of her own pocket, with the remaining $3,000 to $4,000 coming from her occasional yard sales. Although the IRS went the extra mile to tell half the western hemisphere about the need for small nonprofits to file the e-postcards, a number of homespun charities somehow missed the notices, missed the deadline, or didn’t understand that they now have to file each year. The latter was ARF’s problem. Sobilo filed an e-postcard in 2007 and thought that was enough.

Lipman reports that Sobilo contacted the IRS upon losing ARF’s tax exemption and wrote a letter of explanation to get the tax status reinstated but after six weeks, she had received nothing from the Service. She then called, spoke with five IRS agents in two days, got three different addresses to use for sending follow-up letters, and was never told that small nonprofits could qualify for a reduced reapplication fee of $100 instead of the standard $425 (ARF had a bank account of $1,500, so the difference really counted). She finally got another IRS agent to talk to her, but the agent asked her whether her organization was really ARF Enterprises in Englewood, N.J. instead of ARF in Teaneck. In June, Sobilo sent her reapplication plus a letter to IRS commissioner Douglas Shulman. More than six months since she started this process, Sobilo still hasn’t gotten ARF’s tax-exempt status reinstated.

Lipman does a great job reporting on Sobilo’s interactions with the IRS. Doesn’t the story seem like it needs Franz Kafka at the keyboard for the follow up?—Rick Cohen