A Place Where You Can Speak Your Mind To That Foundation 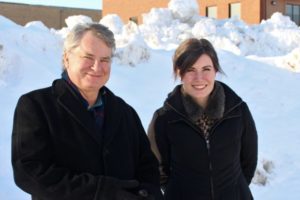 Nonprofit professionals are often reluctant to speak candidly about their experiences and frustrations working with foundations. “There’s definitely this power dynamic that exists,” Kari Aanestad tells us. “I think there’s a real fear of retribution in the field.”

Aanestad has been a professional grantwriter for seven years. She now co-directs GrantAdvisor, an initiative trying to build trust and dialogue between nonprofits and funders. The platform is kind of like Yelp for philanthropists. Jon Pratt, Grant Advisor’s co-director and Aanestad’s colleague at the Minnesota Council of Nonprofits, describes it as a gathering place where nonprofits can share honest feedback about what it’s really like to work with specific foundations. “There was a lot of concern what foundations would think about this, and will they get used to it,” Pratt says. “We did have some foundations say, ‘Actually, please don’t include us. Don’t write about us. And in fact, don’t even look at us.’” Pratt included them anyway.

To date, Pratt says 560 foundations have received at least one review on Grant Advisor and people have written 1600 reviews. In this podcast, Pratt and Aanestad tell us why they feel this platform is so necessary. They discuss whether comparing GrantAdvisor to Yelp makes sense, and they consider how it might help make the nonprofit sector a more equitable space.

Nonprofit AF: GrantAdvisor.org, a site for reviewing foundations, and why all the cool people are using it

NPQ: At Last! Rate Your Grant-Seeking Experience at GrantAdvisor.org: The Yelp for Reviewing Foundations

Featured Image: Jon Pratt and Kari Aanestad outside their office at the Minnesota Council of Nonprofits (credit: Sarah Crumrine)