A Political Arm for Zuckerberg; Let the Secret Donations Flow? 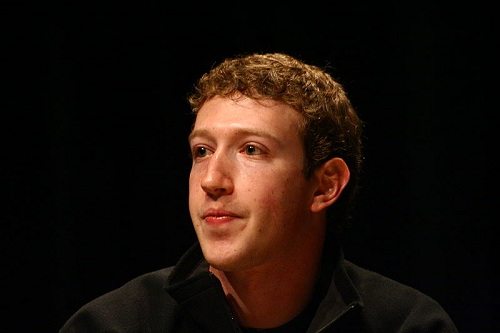 Never look a gift horse in the mouth, else it will form a 501(c)(4) political group and organize other undisclosed gift horses to join it. That seems to be the story of the recent movement on the part of Facebook billionaire founder Mark Zuckerberg to create a new (c)(4) or super PAC or both. The San Francisco Chronicle revealed Zuckerberg’s plan last week, though true to the (c)(4) “spooky PAC” standard operating procedure, there was no Facebook announcement nor a Facebook response to the Chronicle’s standard follow-up inquiry.

After Zuckerberg’s $100 million commitment to the Newark public school system, the Silicon Valley tycoon got chummy with political leaders and hosted a fundraiser at his Palo Alto home for New Jersey’s Republican Gov. Chris Christie. Although Zuckerberg’s commitment in Newark was to the public school system, we suggested that he was into some notions of school reform supported by school choice funders like the Broad Foundation and the Gates Foundation; we saw hints of this support in the e-mail exchanges between representatives of Zuckerberg and Newark Mayor Cory Booker.

If you get jostled in New Jersey politics, you either run for the hills or, if you have the resources, you get into the game and throw some elbows of your own. Zuckerberg has wealthy elbows and big ideas. His “new independent expenditure group” aims to get involved in issues of immigration and education. There may be both self-interest and ideological interest at play in the new Zuckerberg organization.

The staff of the yet-to-be-named organization includes Republican political strategists known for their right wing activism, including Jon Lerner, associated with Grover Norquist’s Club for Growth, and Rob Jesmer, formerly with the Republican National Committee—both of whom may be able to cajole immigration reform opponents in the GOP. The organization’s bipartisan roots show through, however, in that another of the top recruits is Joe Lockhart, who was White House press secretary under President Bill Clinton (and who recently left a position as vice president of global communications with Facebook itself). Leading the new organization, according to The Hill, is Zuckerberg’s Harvard roommate, Joe Green, who co-founded the community organizing platform NationBuilder as well as causes.com.

Although Silicon Valley types like Zuckerberg and Bill Gates have a natural interest in promoting computer literacy and coding as part of the grade school curriculum, we suspect that Zuckerberg’s ideological interest shines through in the education reform plank of the new organization. Most of the commentary on this new organization focuses on Zuckerberg as a Silicon Valley guy with Silicon Valley interests, but there is already a mechanism for the industry’s political engagement called TechNet, which was the sponsor of the immigration letter.  Our guess? This entity is Zuckerberg’s own, with his personal political priorities in the mix.   Expect education reform to be a big part of how Zuckerberg spends his political capital. –Rick Cohen