A Sequestration Solution that Would Slam the Nonprofit Sector 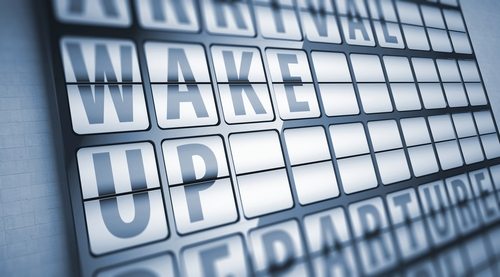 Perhaps the sequestration crisis is all for naught. Perhaps Congressional Republicans are really ready and willing to do what’s necessary to avoid the calamitous across-the-board sequestration cuts of domestic discretionary programs. Let’s all hope that’s the case, especially since the voters made their stance clear on November 6 – raise taxes on the wealthy.

Nonetheless, the sequestration debates should also be a clarion call to the nonprofit sector about the need to educate the public about crucial federal programs that nonprofits typically deliver. Plenty of people seem to be concerned about protecting the defense budget from sequestration, not domestic spending. President Obama has said he would not let the Pentagon get hit by sequestration, Defense Secretary Panetta has expressed his extreme displeasure about military cuts, Congressional Republicans have complained that military sequestration would make the U.S. less secure. Now comes the Heritage Foundation with a plan to find spending cuts to offset the Defense Department sequestration.

Heritage’s Patrick Louis Knudsen offers guidelines for how to cut the domestic budget and suggestions for nonprofit hair-raising slashes to specific programs, all geared to cut more out of domestic spending in order to alleviate the impacts of sequestration on the military: push more programs to state and local levels of government (and out of the federal budget) under the guise of federalism; privatize the “myriad activities that are beyond the necessary role of government at any level”; consolidate “overlapping and duplicative programs [that] are rampant through the federal government,” something that President Obama himself hinted that he might consult Governor Romney on; target programs to where they are needed (and cut them when they aren’t); and eliminate “ineffective programs” (he cites Head Start as an example) and “clear…out waste, fraud, and abuse.”

These guidelines take Knudsen into specific cuts that should make nonprofits around the country sit up and pay attention:

The ballgame for nonprofits in the federal budget doesn’t end with sequestration, if it occurs, or the grand bargain between Republicans and Democrats to reduce the deficit. Both parties are in favor of shrinking the size of government. Whether the cuts come in the lame duck session of Congress wrestling with the fiscal cliff or down the road as government begins to shrink more, nonprofits had better step up their explanations of what they do with the delivery of federal programs. The alternative? Even if the nation avoids the hammer of across-the-board sequestration cuts, the nonprofit sector will be fighting for its life—and for the lives of future programs—as more programs end up on the federal chopping block. —Rick Cohen