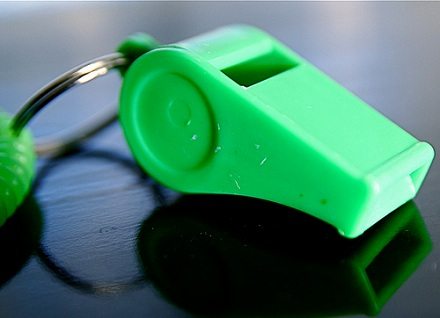 In light of how Enron and others went after whistleblowers in their midst, Sarbanes-Oxley added the following provisions and protections for corporate whistleblowers: (1) requiring corporations to establish rules and procedures for employees to file whistleblower complaints (with the corporate audit committee) with their confidentiality protected; (2) requiring corporate attorneys who practice before the Securities and Exchange Commission to blow the whistle on their clients on some specific issues as part of their ethical standards; (3) strengthening standards for protecting whistleblowers against corporate retaliation if they provide “truthful information” about possible federal offenses; and (4) empowering the SEC to enforce the whistleblower provisions with criminal penalties if needed.

Now comes Dodd-Frank with additional protections for whistleblowers. According to this article from Alison Frankel, Dodd-Frank (enacted in 2010) “prohibited employers from retaliating against anyone who reported securities violations to the Securities and Exchange Commission, assisted in an SEC investigation or otherwise made disclosures required by the Sarbanes-Oxley Act of 2002 or any other securities law.” The SEC rule for defining Dodd-Frank whistleblowers is, Frankel reports, that they “must have a reasonable belief that they’re reporting violations of securities laws and must follow specific procedures when giving that information to the [Securities and Exchange] commission.”

Sarbanes Oxley includes a 180-day statute of limitations for whistleblowers to pursue actions through their corporations’ own administrative procedures before bringing a retaliation complaint to the courts. Dodd-Frank extends the statute of limitations to six years and protects whistleblowers from retaliation if they make complaints outside of the corporation’s internal administrative processes. The courts seem to be agreeing that Dodd-Frank expands the whistleblower protections of Sarbanes-Oxley, which we see as good news.

What are the implications for nonprofits? Although much of the nonprofit world quaked when Sarbanes-Oxley passed in 2002, fearful that its provisions would be applied to nonprofits, it wasn’t really true. However, the Sarbanes-Oxley standards of corporate governance became touchstones for nonprofit boards and managers to consider as they rethought their own accountability procedures, particularly in light of some high profile charity accountability examples brought to light by the Senate Finance Committee under its chair at the time, Sen. Charles Grassley (R-Iowa).