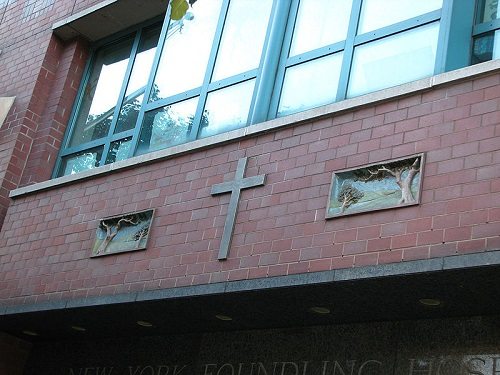 The New York Foundling is a historic 145-year-old child welfare agency with a budget topping $120 million a year, but it is still looking out for opportunities, so it has decided to lease a space in its newly renovated lobby to a new social enterprise called Coffeed, a café chain with four other locations that gives a portion of its profits to charity. This will be Coffeed’s first site in Manhattan, and that move is made possible by the below market rent deal offered by NY Foundling.

The rent will be a dirt-cheap $72,000, which is about half the going rate in the area, and in exchange Coffeed will donate 10 percent of the revenues from its drink sales and five percent of its food sales to New York Foundling. An NYF spokeswoman says that the money from food and drink might amount to more than the rent.

But, wait! That is not all! Coffeed will also employ some of NY Foundling’s clients, which include developmentally disabled adults. In fact, Coffeed has already been doing this in its other locations.—Ruth McCambridge