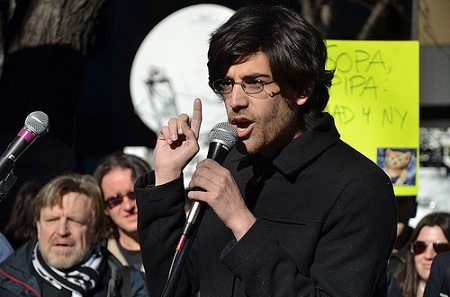 Aaron Swartz, formidable Internet programming pioneer and open information advocate, died on Friday in an apparent suicide. He was 26 years old. Swartz was the subject of a federal felony hacking prosecution and faced up to 35 years in prison. The charges were brought in 2011 after Swartz entered a Massachusetts Institute of Technology (MIT) computer room and downloaded nearly five million scholarly journal articles from the nonprofit digital database JSTOR. JSTOR asked the federal government to drop its case after Swartz returned the data. MIT, which contacted federal authorities after the breach was discovered, declined to do the same. A trial was scheduled for April of this year.

“From the beginning, the government worked as hard as it could to characterize what Aaron did in the most extreme and absurd way…our government continued to push as if it had caught the 9/11 terrorists red-handed.”

Swartz was a moving force in many fields and who some considered a genius. At 14, he co-created the RSS automatic syndication tool and he later helped found the hugely popular electronic “bulletin board” style site Reddit. Swartz supported and developed numerous initiatives to chip away at restricted access to—and commercialization of—information, including the grassroots lobbying group Demand Progress. Swartz was instrumental in shouting down the proposed SOPA/PIPA legislation by citing Internet-censorship concerns.

Swartz’s family released a statement over the weekend praising this young man’s principled brilliance and “his refusal to accept injustice as inevitable,” stating: “Aaron’s death is not simply a personal tragedy. It is the product of a criminal justice system rife with intimidation and prosecutorial overreach. Decisions made by officials in the Massachusetts U.S. attorney’s office and at M.I.T. contributed to his death.”

Swartz’s death gives us pause to look at the ongoing push and pull over free versus commercial access to information. Which camp has the momentum? It’s hard to tell. Governments continue to pursue data “pirates” such as Swartz, WikiLeaks leader Julian Assange and the “white hat” hacker group Anonymous. Meanwhile, academia is gathering courage in a nascent shift, dubbed the Academic Spring, to advocate for open access to scholarly research. Some researchers are boycotting journals that are not open access.

At NPQ, we believe that we owe a considerable debt to catalysts like Swartz that have been met with harsh reprisals for moving the marker towards free and open access to information, which is a necessary foundation for democracy. Swartz himself said it well in his 2008 “Guerilla Open Access Manifesto:”

“Information is power. But like all power, there are those who want to keep it for themselves. The world’s entire scientific and cultural heritage, published over centuries in books and journals, is increasingly being digitized and locked up by a handful of private corporations. Want to read the papers featuring the most famous results of the sciences? You’ll need to send enormous amounts to publishers like Reed Elsevier. There are those struggling to change this…It’s called stealing or piracy, as if sharing a wealth of knowledge were the moral equivalent of plundering a ship and murdering its crew. But sharing isn’t immoral — it’s a moral imperative….”

Even in death, Swartz will not remain silent. We welcome you to share your views and stories on open or restricted access to information. –Louis Altman