ACLU Report on License-Plate Readers Says…You Are Being Tracked! 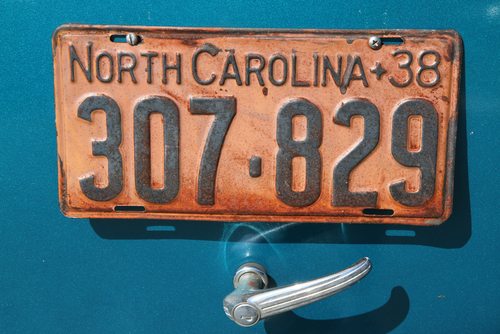 Is fear of intrusive digital tracking generational, as some suggest? Are younger people less terrified about constant surveillance than older people? The following report about the lack of regulations around the data collected by automatic license plate readers should terrify anyone with an interest in privacy and civil liberties. I would like to note that these types of reports from nonprofit human rights groups and watchdogs are critical to today’s journalism.

The latest ACLU report, released yesterday, bears the positively Orwellian title, “You are Being Tracked.” It concerns the use of automated license-plate readers by law enforcement; basically, these are mounted cameras affixed to police cars or stationary objects like buildings to photograph every passing vehicle, recording the time, the location, and the license number. Despite a Supreme Court ruling from 2012 that made a judge’s approval necessary to use GPS to track a car, “networks of plate scanners allow police effectively to track a driver’s location, sometimes several times every day, with few legal restrictions.”

The report concludes that there are far too few rules in place to protect innocent citizens from unwarranted intrusions into their privacy. Only five states have laws on the books governing their use and circulation of the information they gather. Further, a small 2009 survey found that more than half of those agencies that responded and used license plate readers had no policy addressing license plate reader use and among those agencies that already had or were developing license plate reader policies, most policies did not address data retention or data sharing.

Apparently, many police departments retain the information for extended periods of time, feeding the data to other entities. Jersey City, N.J., for example, collected more than 2 million images in a single year—and that’s for a city whose population hovers around 250,000! The city keeps its records for five years, so the ACLU estimates they have around 10 million on file. From the report:

The ACLU is calling for standards that would restrict the gathering and use of this information and it has made a series of recommendations about what those standards should include. If you do not know what the practices are in your neck of the woods, and thus have not yet kicked up a fuss, the report provides an interactive map. —Ruth McCambridge