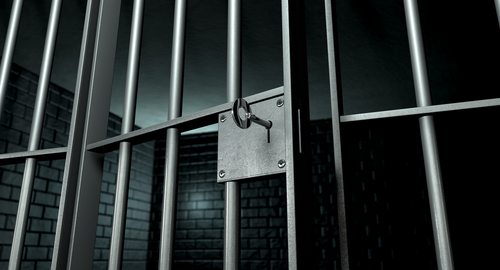 On Friday, the American Civil Liberties Union (ACLU) filed a federal lawsuit against DeKalb County, Georgia, and a debt collection business called Judicial Correction Services, Inc. (JCS) on behalf of Kevin Thompson. Thompson was jailed for 5 days for failure to pay court fines and probation company fees stemming from a traffic ticket. The ACLU charges that the court and JCS have engaged in a coercive debt collection scheme that sacrifices the rights of poor people for local revenue generation. As readers will remember, the issue of onerous fees imposed by the courts against the poor surfaced as an element of the Ferguson protests.

The Brennan Center for Justice has published a full report on these types of debt collection practices entitled “Criminal Justice Debt: A Barrier to Reentry.” Missouri is one of the states covered in this report. Here are some of the findings:

Thompson’s debt to the county and JCS was $838. He was given no indigency hearing and offered no counsel, as is required since the U.S. Supreme Court ruled more than 30 years ago that locking people up merely because they cannot afford to pay court fines is contrary to American values of fairness and equality embedded in the 14th Amendment to the U.S. Constitution. “Thompson suffered humiliation, anxiety, stress, emotional distress, and other irreparable injury from being handcuffed and taken to jail in front of his mother, forcibly separated from his mother and family, and detained for five days in unsanitary and cold jail conditions without enough food to eat,” the lawsuit says.

“Being poor is not a crime. Yet across the county, the freedom of too many people unfairly rests on their ability to pay traffic fines and fees they cannot afford,” said Nusrat Choudhury, an attorney with the ACLU’s Racial Justice Program. “We seek to dismantle this two-tiered system of justice that punishes the poorest among us, disproportionately people of color, more harshly than those with means.”

According to this statement, “blacks make up 54 percent of the DeKalb County population, nearly all probationers jailed by the DeKalb County Recorders Court for failure to pay are black—a pattern replicated by other Georgia courts.”

“In a country where the racial wealth gap remains stark, the link between driving while black and jailed for being poor has a devastating impact on communities of color,” said Choudhury.—Ruth McCambridge