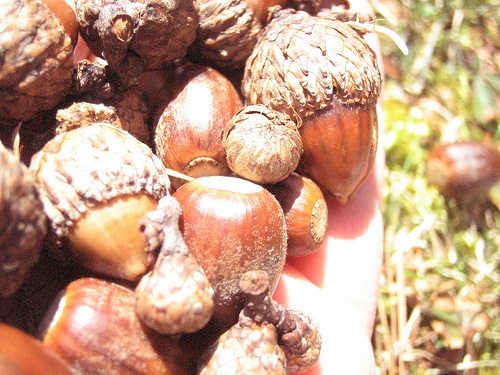 Congressional Democrats have released recently unredacted information that the IRS monitored applications from nonprofits formed in the wake of the demise of ACORN (Association of Community Organizations for Reform Now) in 2010. Lawmakers, including Rep. Elijah Cummings (D-MD), the ranking Democrat on the U.S. House Oversight and Government Reform Committee, see this as evidence that the IRS singled out liberal as well as conservative nonprofits for special scrutiny.

ACORN, founded by Wade Rathke in 1970, disbanded after years of governance problems and widely-publicized targeting by a conservative activist who filmed ACORN employees in a series of “sting” videos. NPQ has reported on ACORN several times in recent years, including this newswire from 2010.

The article notes that one group in particular, Emerge America, was initially granted tax-exempt status, but had that status revoked for political activity inconsistent with its tax exemption. Other “Emerge” groups were singled out for scrutiny, according to the story.

Unfortunately, the story does not say whether Emerge America was tax-exempt as a 501(c)(3) charity or as a 501(c)(4) social welfare organization. Given the current debate over the definition of “social welfare” under 501(c)(4) and the fact that not all tax exemptions are given under the same rules, it would be important to know exactly how Emerge America violated the terms of its tax-exempt status. A Republican congressional spokesperson said that the approval of tax exemption for Emerge America reinforces GOP claims that it was easier for left-leaning groups to secure approval than it was for right-leaning groups like Tea Party chapters.

The issue of whether partisan bias influenced the IRS in its treatment of nonprofits engaging in political activity is a murky one. IRS officials, including Lois Lerner in her initial acknowledgement in May, mentioned conservative groups being scrutinized, but not liberal or progressive groups. IRS officials have testified to Congress that all such cases were referred to as “Tea Party” cases, whether or not the words “Tea Party” were included in the applications for exemption. This testimony reinforces the Treasury Inspector General’s audit report, released in late May, which found evidence of systematic targeting of exemption applications from conservative groups, but only accidental or incidental inclusion of groups assumed to be left-leaning. Democrats have cited IRS memos not previously made available to the Treasury IG to support their claims that targeting was not based on political ideology, while Republicans have pointed to different memos also released by the IRS which they say support the Treasury IG’s report and justify further investigation.

Three congressional committees, the FBI, and the Treasury IG are currently investigating the IRS and its treatment of potentially politically active tax-exempt organizations. It’s unlikely that there will be quick answers from so much simultaneous effort. In fact, it’s very likely that the pace of the investigations themselves, along with the political wrangling between Democrats and Republicans, will interfere with a quick resolution and distract from finding the reform solutions that Rep. Cummings wishes to address now.—Michael Wyland