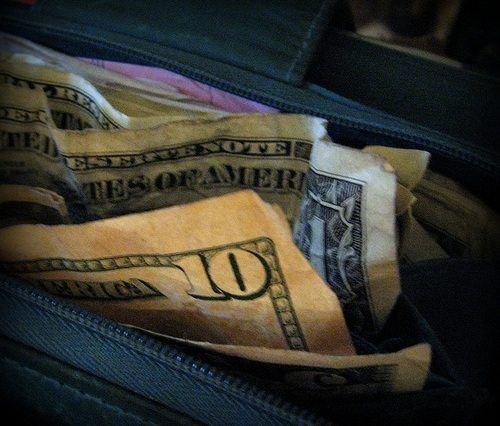 When foundations debate, as they frequently do, whether there is too little or too much transparency required of these tax exempt institutions, the debate seems way too narrow. At a recent program at the Heritage Foundation in Washington, D.C., the Kauffman Foundation’s John Tyler described the various arguments for and against greater transparency in philanthropy, concluding that there are really compelling rationales for expanding mandated transparency and some real cautions to be considered before launching into too much voluntarily expanded foundation transparency. That being said, Tyler in his presentation and in his new book, Transparency in Philanthropy, doesn’t defend foundations that should be doing more voluntary transparency than they do.

While panelist Heather Higgins, the president of the Randolph Foundation and co-founder of the Alliance for Charitable Reform, presented a contrary view and vigorously defended foundation “opacity,” most foundations struggle with the knowledge that they are less transparent than they should be, rather than more. Some of that is seen in the increasing visibility and activity of the Foundation Center’s “Glasspockets” initiative, which argues that “the best way to preserve philanthropic freedom is not to hide behind it,” but to “tell the story of what they do, why they do it, and what difference in makes.”

Transparency doesn’t seem to be doing very well in our society, generally. After promising to be the most open in history, the Obama Administration has been repeatedly excoriated for its anti-transparency inclinations (see these articles in Politico, The Atlantic, and the Washington Post). Nonprofit Quarterly itself has published several articles suggesting that the Obama Administration has been less than a paragon in this regard. (You can see examples here, here, here, and here). If the trend is away from increased transparency, shouldn’t foundations in their role as supporters of civil society be promoting more transparency in this nation’s public and quasi-public institutions and doing what they can to model the behavior they would hope to see?

Here is one example of a societal march backwards. Congress just weakened the STOCK Act, which was meant, according to the Nation, “to prevent members of Congress and the executive branch, and their staffers, from using exclusive information gained through their jobs to profit financially.” This change passed on the heels of revelations on 60 Minutes that Representative Spencer Bachus, a Republican representing Alabama’s Sixth Congressional District, had used confidential information from the Treasury Department to buy stock options geared to making money from a stock market collapse—as it did. Although Bachus’s Republican colleagues in the House, such as Eric Cantor (R-VA) did their level best to weaken it, the STOCK Act overwhelmingly passed nonetheless.

In the aftermath, government officials protested the STOCK Act’s expanded online disclosure reporting requirements, concerned about adding to already extensive ethics reviews on government officials and about issues such as identity theft. These issues could have been dealt with, but Congress has now revised the STOCK Act to remove the online posting requirement, not just for executive branch staff, but also for Congressional staff. And for those officials still required to disclose—the President and Vice President, candidates for president, and members of Congress—the altered STOCK Act makes electronic filing optional and the database no longer required to be “searchable, sortable, and downloadable.”

In her comments about the revised STOCK Act, Melanie Sloan, the executive director of Citizens for Responsibility and Ethics in Washington, described the database as “the only useful part of the bill ever anyway…and so by getting rid of the online disclosure they get rid of the only effective part.” Apparently, President Obama is prepared to sign this gutted, now useless, STOCK Act.

Why is this important to nonprofits and foundations, particularly the latter? The data contained in Form 990PFs are generally not machine readable, and most of it, particularly the information on foundation investments, is unsearchable and uninterpretable. Like the STOCK Act, the purpose of a thorough and searchable database isn’t to drag felons on perp walks. Most potential perps don’t file paperwork on their criminal behavior. Rather, databases like those that will no longer exist for federal officials and do not currently exist for foundations allow third-party watchdogs, like CREW on politicians or like Nonprofit Quarterly for nonprofits, to provide analysis and scrutiny of data. “Sunlight,” so to speak, shines to reveal shortcomings and to promote better practices when watchdogs have access to databases to show patterns and trends. Unfortunately, with government becoming less transparent rather than more, some foundations will be able to protect their opacity with reference to the cascade of backward steps by the White House and Congress, now embellished with the enactment of the disemboweled STOCK Act. It’s time for the foundations that believe in the concepts promoted at glasspockets.org to speak out on transparency standards and practices among foundations and in the public sphere overall.—Rick Cohen