Does Debate about Social Impact Bonds Need a Shot of Realism? 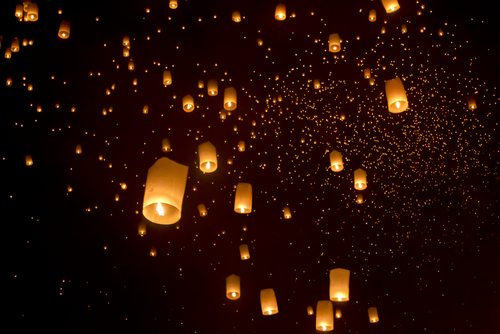 Those with a general stake in packaging and promoting social impact bonds are still waxing enthusiastic, creating an overwhelming din in some circles. Representative John Delaney (D-MD), at the Millennial Action Project’s Congressional Summit on Next Generation Leadership last week, reportedly said that social impact bonds, the subject of legislation that he and fellow Future Caucus colleague Todd Young (R-IN) have introduced, will “drastically increase the philanthropy ‘pie.’” Not many donors expect to benefit from rates of return of six percent to over twenty percent on their philanthropic investments, but that’s now where we are in the nonprofit world, with many people, including national legislators, unable to distinguish the nonprofit and for-profit sectors. Maybe Delaney’s vision of profit-making philanthropy explains some of the challenges nonprofits and foundations have in making their case for congressional action on tax incentives for charitable giving.

However, there are voices in the social impact movement adding notes of temperance and realism. Other SIB promoters are taking somewhat more measured approaches to the SIB bandwagon, though few seem prone toward jumping off, and most are still running hard to grab a seat.

For example, at the Center for Global Development, Catalina Gelb and Rita Perakis wrote about a Bank of America Merrill Lynch event in London to announce the release of BofA’s “Choosing Social Impact Bonds—A Practitioner’s Guide,” drawing on the lessons of four years of SIBs. The two CGB writers identify 26 SIBs underway in industrialized countries. To them, the SIBs already in operation are generating evidence that through their support of “innovation and improve[d] service delivery through better use of data…this approach has huge potential for improving international development programs”—in other words, Development Impact Bonds meant for projects in the developing world. They note that only one DIB has actually launched, with service provision yet to start, and moreover, no DIB or SIB has yet been fully implemented and evaluated.

Although clearly on the SIB/DIB side of the argument, they acknowledge that the jury is still out on whether “SIBs can catapult to being a standard option for funding programs in the social sectors.” Given that they stress that the important components of SIBs are their purported support for innovation and their reliance on data for improved service delivery management systems, it would seem that they’ve slightly confused a tool (SIBs) with the outcomes (innovation and management). If SIBs and DIBs truly are demonstrating something important about public sector and nonprofit service delivery, the objective shouldn’t be more project-limited SIBs and DIBs, but dissemination and adoption of innovation and data-based management throughout public sector policies and nonprofit practices.

Other observers are more cautious in their SIB outlooks. Having evaluated two British SIBs currently underway, the London-based OPM Group met with Japanese government officials interested in a possible Japanese SIB. Surprisingly, OPM noted, “for all the hyperbole championing SIBs as the answer to our most intractable social problems when public expenditure is constrained, there has been a noticeable gap for some between the rhetoric and the reality.”

“OPM’s evaluations reveal that lengthy periods of planning were not only required to focus on the form of financial instrument and the establishment of a robust counterfactual, but also in order to agree sensible outcomes measures upon which payment schedules could be defined,” the OPM Group team added. “Many others have encountered implementation challenges and invisible costs, while surfacing questions about the scale of potential savings.”

Dan Silver of the Social Action and Research Foundation and Becky Clarke from Manchester Metropolitan University write about their concerns regarding “who it is that really benefits” from SIBs. It is clear that they are distressed by the notion of Goldman Sachs as the SIB “pioneer,” given writer Matt Taibbi’s oft-cited characterization of Goldman as a “great vampire squid wrapped around the face of humanity, relentlessly jamming its blood funnel into anything that smells like money.” Referencing exaggerated statements about the impact of SIBs from the likes of Tory Prime Minister David Cameron, Silver and Clark counterpose Polly Toynbee, who said that the “magic solution” descriptions of SIBs are like “with a wave of a wand, the risk…can be placed with investors instead. Social investment bonds could evaporate poverty and its consequences at no cost to you or me. These people can be monetized to turn a profit for all.”

To these authors, the presence of Goldman, JPMorgan, DeutscheBank, and other financial behemoths cheerleading for SIBs is a warning sign:

“Let’s not forget, it is the reckless irresponsibility of these institutions that has heavily contributed to the imposition of austerity—an ideology that has seen the erosion of the welfare state and the slashing of the very social programs many organizations delivered, while wealth has actually been redistributed upwards.”

But their actual critique is pragmatic—based on experience—rather than simply ideological. They cite, for example, Richard Caulfield, the head of Voluntary Sector North West, who warned that “social impact bonds will lead us into the payment-by-results trap and eventually lead to gaming, cheating and lying to ensure the figures come in to trigger the payments required.” To Silver and Clark, the effort to make the Peterborough prison recidivism SIB pay off despite governmental policy changes is one example, but the Caulfield prediction feels all too real and experiential, reflective of the U.S. performance-based contracting struggles of nonprofits trying to get paid and governmental funders trying to find ways not to pay up.

Silver and Clark do come back to a pernicious problem that SIB promoters underplay, if they even recognize it at all. They suggest that the reliance on impact or outcome measures based on individual change—for example, individuals who because of the SIB interventions do not return to prison—reflects a perspective or ideology “that individualizes blame for social problems such as poverty and crime.” They suggest that in the SIB framework, “solutions are seen in terms of changing the behaviors of individuals who are socially, culturally and politically marginalized and often living in poverty. This is central to the idea of Social Impact Bonds: change the way that people in poverty behave, but leave the system intact.”

Do SIBs focus on changing people while sidestepping structural conditions that lead to the problems and behaviors SIBs are trying to remedy? Silver and Clark suggest that the dominance of financial capitalism behind SIBs reveals the limits on the appetite of SIB promoters, particularly political leaders, for addressing structural conditions. That doesn’t address the fact that nonprofits themselves, particularly those of the scale for contemplating SIBs, are often quite dependent on funding from corporate and near-corporate philanthropists who might talk about structural change in political and economic systems, but know which side of their bread is buttered.

Regardless of ideology, Silver and Clark make an important point:

“Whether people feel that social investment bonds are a viable way forward or not, what is clear is they must be more robustly examined and publically debated, especially by those in the voluntary and community sector whose work could be increasingly underpinned by such an infrastructure.”

Just last month, a study from the UK by Ecorys and ATQ Consultants, Social Impact Bonds: The State of Play, based on the largely positive reactions of participants in British SIBs, nonetheless concluded that both government officials and service providers “don’t understand the role of investors and intermediaries” (that is, the profit-making players) in SIBs, that there are challenges in the service providers’ ability to generate convincing outcome evidence, and that the upfront packaging costs of SIBs are so expensive that the “scale of SIB needs to be large to justify resources,” meaning that small nonprofits are unlikely beneficiaries if SIBs become, as Gelb and Perakis suggested, a “standard option for funding programs in the social sectors.”

More robust debate of SIBs is sorely needed. That means getting past the cheerleading of SIB packagers and consultants who are ready to apply SIBs to nearly anything and everything, and it means getting legislators like Representative Delaney to understand the difference between nonprofit and philanthropic action on one side of the spectrum and profit-generating SIBs and their profit-accumulating investors on the other.—Rick Cohen