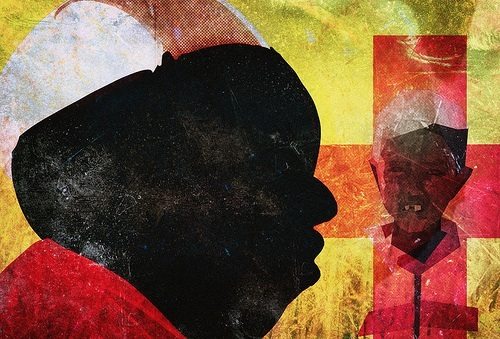 In a quest for artistic sovereignty, there is a growing movement in Africa toward regional artist networks. This is a marked shift away from the antiquated perception of Europe and the United States as the primary sources of artistic inspiration and philanthropic dollars. Fueled by Western financial crises and Africa’s emerging civil society, these efforts focus on African-based exchanges, trainings, and collaboration.

African Digital Art (ADA) is one such organization. Founded by Kenyan artist Jepchumba, ADA boasts more than 700 members from almost 40 countries. Artists collaborate and support one another online and in person through a myriad of subgroups, such as African Animators, Photoshop Addicts, Afro-Exotic Invitations, and African Filmmakers.

The ARTerial Network, another organization that connects artists throughout the continent, argues on its website that in Africa, art is “distinctive and a part of daily life.” ARTerial Network’s activities combat what they perceive as “a lack of lobby activities to give culture a more prominent place on national political agendas.”

This is a natural progression. Civil society in Africa, significantly more so than in the West, has long been associated with political revolution. The primary fight was often that of survival—both literally, as millions of people starved, and figuratively, as political and social agendas were commandeered. Today, as the economic and political landscapes of Africa stabilize somewhat, the voices of artists are better able to project through organizations like ADA and the ARTerial Network.

Arts and cultural funding for Africa is also shifting. Instead of providing traditional sorts of financial support vis-à-vis commissions to individual artists, such organizations as the Triangle Network and Art Moves Africa now support professional development related travel (within the African continent) and the use of grant dollars to incubate the development of local organizations and networks. This shift can be seen as an attempt to create artist-friendly environments and to develop international collaborations that do not require a European or American visa. It can also be seen as a hopeful reemergence of a democratic, grass-roots discourse in the nonprofit sector.

For more than thirty years, nonprofit organizations in the United States and abroad have struggled to nurture what Angela Eikenberry has described as “democratic discourse” in the face of rising market-oriented philanthropic dollars. Trans-local artist networks like the ones emerging in Africa are, perhaps, the epitome of civil society’s democratic core.

Margaret Wheatley’s Berkana Institute coined the term “trans-local learning” to describe a process wherein members of community travel to share their successes and lessons learned with other communities. Ideas and innovation are shared, with an emphasis on the learning process while allowing for culturally and geographically specific adaptions. Juxtaposed with traditional scale-up business models, trans-local learning promotes locally generated solutions influenced gently by successful neighbors.

The Center for Contemporary Art in Lagos, founded in 2007, is a key player in the African artists’ movement and a prime example of trans-local learning. Its International Arts Program serves as a “roaming campus” to unite artists and curators from across Africa. Each session, which includes a series of workshops and seminars, is held in a different country and encourages artists to focus on local influences, be they economic, cultural, or social. C.C.A has also published books highlighting artists from Nigeria and Western Africa. The C.C.A. Lagos Facebook page boasts a meager 750+ fans; however, their impact on the ground is impressive.

Though it is hard to say what effect the movement might have overall, it has the potential to inspire and shape the greater civic society, both in Africa and beyond.—Jennifer Amanda Jones