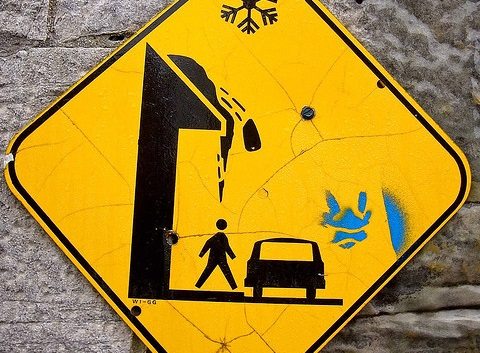 The Washington Post followed up its “Diversions” series with a story on Saturday that should act as a reminder to nonprofits that reporting crimes against them is a responsibility not just to their donors and constituents but also to the rest of the sector..

We have previously acknowledged that the response of some few nonprofits to employee fraud is to seek restitution and keep it quiet in hopes that they will not lose face with donors and the public. This leaves the perpetrator to go on and steal from other organizations. This is just plain irresponsible, and boards should understand that it is an ethical issue. And while NPQ would like to believe that perhaps the group that suffered the fraud in the first place would go on to tighten up their systems, these two stories indicate these organizations may still not be as attentive to detail as they might need to keep themselves safe.

Three years ago, the Progressive Policy Institute found that $100,000 had been drained from its accounts by a “senior executive.” Lindsay Mark Lewis, who is the current executive director, said that the police were not called, but a restitution agreement was reached. “We had an agreement that as long as the payments were made, that we would not pursue anything else,” Lewis said. This included any reveal of the identity of the fraudster. However, the organization’s records indicate that Elizabeth Kennedy, who was executive director in 2010, has since “repaid” tens of thousands of dollars to the institute. When asked whether she had embezzled the money, she said, “No comment.”

And, in an all-too-common pattern, Kennedy has moved on to employment with other nonprofit and political groups in Florida.

In a possible extension of a lack of attention to financial concerns, Lewis revealed that before he was contacted by the Post, he did not know that the reference had been included.

In Atlanta, Amy Clements, the president of the Mill Creek Athletic Association, said, of the fraud that organization suffered, “We definitely did not publicize it outside the board…. We have a very good reputation. We have grantors. We didn’t want anybody to be upset.. . . We took care of it on our own.”

Clements also revealed that she had been unaware that accountants had checked a box on her group’s disclosure report revealing that there had been a diversion. “We thought we had successfully brushed that under the rug.”

Turning the perpetrators over to the authorities for legal action is generally the right thing to do, both for the affected nonprofit and for future nonprofit employers. Despite the cases described by the Washington Post, a review of the original database of nonprofits acknowledging asset diversions suggests that most wronged organizations do seem to take legal action and seek restitution, the latter often through the leverage provided by turning over malefactors to the police for prosecution.

We would love to hear from NPQ Newswire readers—even if anonymously, given the sensitivity of the topic—regarding the ways they caught fraud or embezzlement in their organizations (either by staff or by vendors), how they sought legal action and restitution from the perpetrators, and, perhaps most interestingly, how judicial authorities actually dealt with the issue.—Ruth McCambridge