Never underestimate the seriousness and importance of nonprofit work. Sometimes we get carried away with silly fundraising gimmicks and celebrity brouhahas, but for many nonprofits, the issues they face aren’t laughing matters and they take nonprofits into the guts of national and international policies.

For example, earlier this week, a coalition of 80 NGOs working in Palestinian territories issued a report condemning the European Union for its inadequate follow-up on its commitment last year “to challenging [Israeli] settlement expansion, forced displacement, and demolition of Palestinian property” in the occupied West Bank. The Association of International Development Agencies includes many NGOs undoubtedly familiar to NPQ Newswire readers, including the Carter Center, Save the Children International, KinderUSA, the International Rescue Committee, the International Youth Foundation, and Right to Play.

Many Americans probably don’t know, but maps of the West Bank show three “areas.” One of them, Area C, is where some Israelis have been building homes in settlements that many people consider illegal. 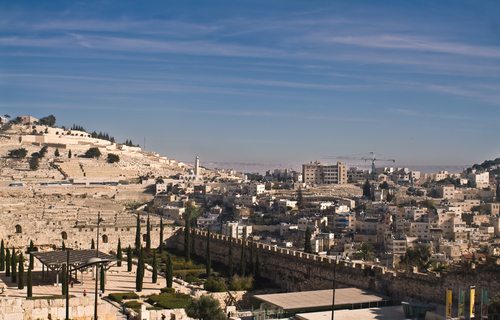 The area in white in the map is Area C, comprising approximately 60 percent of the entire West Bank, where 150,000 Palestinians live under full Israeli military control. According to the AIDA, “More than 600 houses have been built in the past year in the illegal Israeli settlements while 535 Palestinian-owned homes and structures have been destroyed, leaving 784 people homeless or displaced. Around 30 European-funded structures have been demolished during this same time.”

The AIDA report takes the EU to task for failing to live up to its pledge to oppose the expansion of Israeli settlements, as well as its commitments to increase development aid to the West Bank. There have been 32 plans submitted by European groups and funders to invest in rebuilding and stabilizing Palestinian villages, but none have been approved by the Israeli government. Meanwhile, Israel proceeded to approve the construction of 1,967 new settlement housing units in 2012, four times as many as it had in 2011.

As the U.S. has increasingly looked inward in its foreign policy, there has been little movement in diplomatic circles toward peace between Israel and Palestine. The Palestinian Authority, the interim government of the West Bank and, at least formally, Gaza, is in rough shape and hardly in a position to stand up to Israeli authority control, much less the continued pressure from settlements in Area C. The role of NGOs like the members of AIDA is truly important, calling out the member nations of the EU for failing to protect the interests of Palestinians. All of the AIDA members have programs on the ground in the West Bank providing aid to Palestinians. It is truly important work in a very turbulent region.—Rick Cohen