Ala. Redirects Some Mortgage Settlement Funds to State Budget 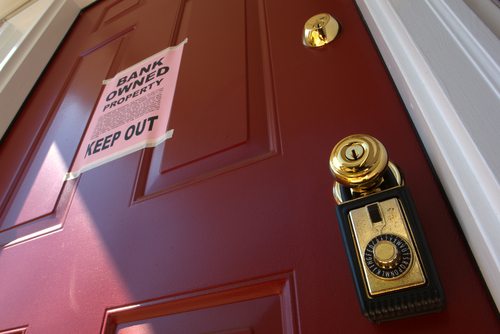 Remember when the NPQ Newswire warned of states’ trying to tap their portions of the $25 billion national settlement with mortgage companies, meant to help people stave off foreclosure after perfidious bank behaviors, such as “robo-signing?” We found several examples of states aiming to purloin shares of the settlement funds for ongoing state budget gap-filing purposes instead of using the funds to directly support homeowners and to provide assistance to nonprofits that deliver mortgage foreclosure counseling and other services.

Add Alabama to the list. Not a hotbed of foreclosures, Alabama’s projected share of the settlement funds is about $106 million. From that total, the Associated Press reports, “Alabama borrowers are supposed to receive nearly $30 million in benefits from loan term changes and other relief. Alabama borrowers who lost their homes to foreclosures in 2008-2011 and encountered servicing abuse are supposed to get $20.6 million in payments. Refinanced loans to borrowers who are under water on their mortgages are supposed to be worth nearly $30 million.”

Of the remaining $26 million, the AP reports that the state is going to take $19.3 million to pay for the budget costs of the attorney general’s office and district attorneys’ offices throughout the state, though the settlement grant funds were clearly not designed for such uses. Note that the diversion of the moneys into the state budget will pay for only 1.1 percent of the state’s $1.68 billion budget total. It might have been a much bigger percentage increase in the budgets of Alabama’s hard-pressed housing counseling groups.

That leaves $6 million. The Associated Press reports that two organizations, the Arise Citizens’ Policy Project and the Low Income Housing Coalition of Alabama, are recommending that some of that remaining $6 million be devoted to affordable housing production. In response to their advocacy, the state legislature created a housing trust fund recently, but failed to appropriate any money for it. If the state agrees, these funds could presumably help jump start the housing trust fund—a function that is at least nominally connected with the purposes of the settlement in comparison to simply dumping the moneys into the general budget.

In fairness to Alabama, it is hardly the only state to make this diversion. According to a report from Enterprise Community Partners, 25 states have chosen to use most or all of their settlement proceeds for housing-related program activities, while 15 are planning to use most or all for unrelated purposes. Of the funds that go directly to the state government as opposed to homeowners for refinancing, Texas put its entire $125 million into its general fund, California Gov. Jerry Brown proposed using a big chunk of his state’s $400 million to pay down some of the state’s debt, Missouri is using $40 million for higher education funding, Georgia Gov. Nathan Deal is diverting settlement funds into economic development, Virginia is putting $67 million into aid for revenue-strapped local governments, and so on.

What do these states’ governors and legislators expect to tell the homeowners who continue to lose their homes due to foreclosures?—Rick Cohen