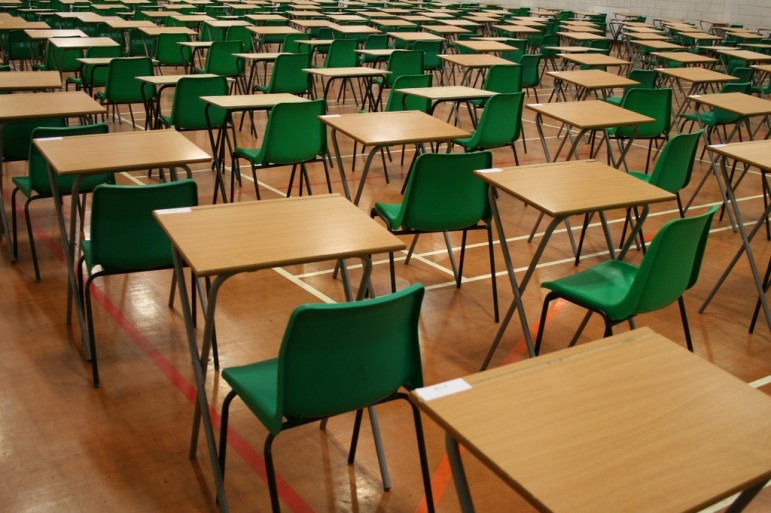 In a rare display of bipartisan agreement, the president and congressional leaders finally have come to believe that elementary school students spend too much preparing for and filing out standardized tests. The public got there years ago, of course. According to a Phi Delta Kappa International/Gallup poll released this past summer of about 4,500 adults, 64 percent believe there is “too much emphasis on standardized testing” while only 19 percent said there is “about the right amount.” A report by the Council of the Great City Schools (CGCS) found that eighth-grade students spent an average of 2.3 percent of their total classroom time, or 25 hours, taking 112 different standardized tests. Moreover, this figure does not include the time spent administering and preparing to take these tests.

On Saturday, October 24th, President Obama released a ten-page proposal acknowledging the administration’s role in the current over-testing quagmire and calling for schools to limit the amount of time students spend taking standardized tests. The message appearing on Facebook called for capping the time students spend taking standardized tests to two percent of classroom time. It also called for new flexibility in the use of standardized tests to evaluate teacher performance, a requirement that has historically led to anger and frustration by teachers and their unions. Additionally, President Obama promised resources and technical support to school districts and states that explore other assessment tools and more traditional indicators to assess teacher and school performance.

Currently, the nation’s schools are fixated on using standardized tests in an attempt to measure what and how much students are learning. Among other findings from CGCS, the average student takes an average of 112.3 tests between pre-K and 12th grade, taking up more than 250 hours of school time. And since governments, district administrators, and parents place such high emphasis on the test results, students spend many, many additional hours preparing and learning how to take the tests.

School administrators across the country struggle to choose which and how many standardized tests they should administer. In the 2014-5 academic year, students in the 66 largest school districts in the country took 401 “unique” tests. Many of them are “not well aligned” with each other, do not align with college or career-ready standards, and rarely assess students’ understanding of specific content. Additionally, the majority of tests are unable to provide timely recommendations, since teachers can wait as long as four months for results—for example, reporting spring assessment results the following fall. Finally, CGCS found “no correlation” between the amount of mandated testing time and the reading and math scores fourth and eighth graders received on federally required National Assessment of Educational Progress (NAEP) tests.

The origins of the nation’s testing frenzy date to 1965, when President Lyndon Johnson signed the Elementary and Secondary Education Act (ESEA). ESEA lead to a new focus by the federal government on the equality and quality of elementary schools across the country. Although the law was meant to be updated every few years, it did not receive a full overhaul until 2001, when President George W. Bush recreated it into No Child Left Behind (NCLB). Under NCLB, the federal government served as watchdog over the nation’s schools, adding resources and the requirement of testing and accountability. Schools whose students failed to successfully achieve, as measured by standardized test scores, would be “fixed” or closed.

No Child Left Behind was set to expire in 2007, but without new legislation, the federal requirements included in it remain in effect. Currently, Congressional leaders agree Bush’s “tough guy” approach to fix poor functioning schools was not successful, but what the next steps should be remains unclear. Separate models passed the Senate and House, and efforts are underway to develop a comprehensive version that can pass both chambers.

President Obama is not calling for the alteration or elimination of the federal requirement to test students in third through eighth grades annually (and again between the 10th and 12th grades). Additionally, Obama’s call to limit the amount of time students spend being tested will not help school administrators decipher which ones to continue using.

NPQ would love to hear from organizers working in the field of education regarding their approaches to the limiting of overtesting and their positions on that issue.—Gayle Nelson