Amid Charges of Scandal and Falling Funding, How Can This Nonprofit Recover? 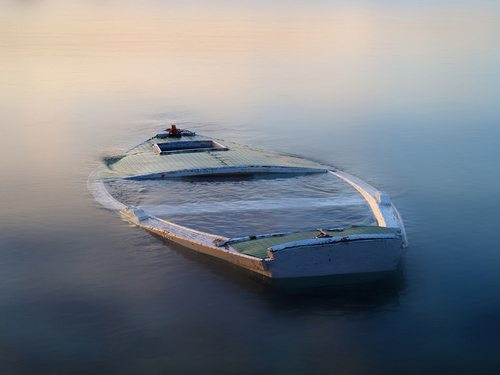 How close to the bone can an organization operate before it is too close? How should a nonprofit without any operating margin strategically prepare for federal budget cuts as well as the lingering damage of an alleged organizational scandal? In Lawrence, Mass., the anti-poverty nonprofit Greater Lawrence Community Action Council (GLCAC) is about to take the exploratory plunge to find out.

“There are changes coming to the social service programs GLCAC operates,” interim executive director Christian Dame informed the organization’s board of directors, referring to the $27 billion cut in domestic spending approved by the U.S. House of Representatives last week. “We need to get ready.” While the Senate is likely to nix that cut, the GLCAC leadership has asked its board of directors to establish a committee to work on a “major strategic assessment of our financial future” in light of announced cuts and potential future cuts in federal programs.

Federal cuts aren’t the only strategic challenge facing GLCAC. The organization has faced cascading managerial crises, including the revelation that its longtime executive director, Philip Laverriere, had been regularly spending his afternoons at the local Elks Club rather than at his desk at the agency. Subsequent state investigations discovered “fraud, nepotism, and mismanagement,” according to the Eagle Tribune, leading the state to demand three-dozen reforms.

The “impact of the agency’s scandals,” the Eagle Tribune reports, has already taken a toll on the organization. Private contributions and gifts have dropped from $1.4 million to $232,000 and volunteers have dropped from 626 to 447 people. The Eagle Tribune added, “The agency is considering hiring a communications specialist to streamline its message and restore luster to its image.” If the findings of the state investigation are correct, it would seem like luster isn’t the appropriate objective, but competence and accountability might be.

There may be a need for a change in the culture of the organization. Even after significant turnover on the board of directors, pruned because of the board’s connection to the nepotism, fraud, and mismanagement charges, the board hasn’t yet recovered to perform its needed role.  The newspaper noted that seven of the 21-member board skipped this month’s board meeting and eight skipped it last month. On top of that, the board’s treasurer announced her immediate resignation earlier this month after just two months on the job.

So the interim executive director may be pressing the semi-functional board to examine the potential impacts of possible federal budget cuts and the organization might be hiring a PR firm. That’s all well and good. But this seems like an example of the kind of nonprofit that would benefit from some of the articles we have published in the Nonprofit Quarterly magazine on how an agency can deal with and recover from multiple management scandals. The U.S. Senate will probably nix the House’s cuts, and the PR consulting firm will help GLCAC get some better press. But the strategic process GLCAC needs will have to begin with looking inward before fixing problems that may or may not happen on the outside.—Rick Cohen