An Uncomfortable – But Necessary – Conversation: Part I

Editors Note: This is part one of a two part series, read Part II here.

NPQ regularly reports on shifts in policy, practice and budgets at the state and local levels, but information is useless unless we do something with it.

So are you ready? Let’s talk. 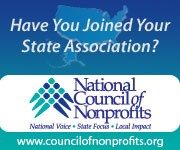 This will be a discussion in two parts. Today, Delaney describes how state and local governments, starving for revenues, have shifted their fiscal burdens onto nonprofits and foundations in three ways. Tomorrow he will explain why policymakers are shifting their public fiscal responsibilities onto the backs of private foundations and nonprofits – hint: it’s not what you might think. He will conclude with suggested action steps and a request for your ideas.

Again, this is a conversation. NPQ invites you to add your observations and assenting or dissenting opinions to give body and life to this discussion.

Three dangerous policy trends threaten the missions of nonprofits across the nation. These trends are interrelated and need to be addressed proactively with the nonprofit sector’s focused collective energy.

This purposefully provocative article documents each of these interrelated trends and, through an innovative community dialogue facilitated by The Nonprofit Quarterly, invites you to share your experiences and insights. The mini-series concludes with an opportunity for readers to share your proposed action steps for reversing these dangerous trends.

State and local governments, starving for revenues as the lengthy economic recession continues to wear down their budgets, have been shifting their fiscal burdens onto nonprofits and foundations in three ways: (1) withholding payments they owe nonprofits for contracted services; (2) taking money from nonprofit programs by imposing new fees and taxes; and (3) eliminating essential programs by slashing funds yet expecting others to fill the voids they create. Consequently, people in many communities receive fewer services for basic human needs. Left unchallenged, this shifting of public responsibilities to private entities will continue, as government officials concede that their fiscal conditions are getting worse, not better.

State and Local Governments Are Starving

The Census Bureau reports that state government revenues fell almost 31 percent in 2009, which is the sharpest decline since it started collecting such data in 1951. As states now prepare their next fiscal year budgets, “they are bracing themselves for what is likely to be the hardest year yet in what already has been the most difficult budget periods in modern history,” according to the Pew Center on the States. State budget officials in 40 states forecast an additional $130 billion in deficits over the next two years. The National League of Cities and the National Association of Counties predict that fiscal strains on governments are so severe that “local government job losses in the current and next fiscal years will approach 500,000,” which will “curtail essential services, and increase the number of people in need.”

NPQ wants to hear from you! Submit your experience of the ARRA cliff and join the discussion.

In addition to trying to meet immediate economic needs, state and local governments may be forced to fend off a financial crisis exploding from any of the following fiscal time bombs:

The ways in which some policymakers have dealt with their immediate budget challenges have created new public burdens that further complicate efforts to solve the growing fiscal crisis:

Have you witnessed your state performing stupid budget tricks? Share what happened and join the discussion.

Governments Are Shifting Their Burdens to Nonprofits and Foundations

State and local governments, caught off-guard by the speed, size, and duration of their budget crises, have been shifting their burdens to nonprofits and foundations in three waves:

As with most things, the initial wave occurred first because it was the easiest to implement: public administrators withheld payments t governments legally owed to nonprofits for services the nonprofits had delivered pursuant to valid and binding contracts with governments. This sad practice predates the Great Recession, yet the severity of the economic downfall has expanded the practice’s use and exacerbated the consequences.

The collective scope of this problem is staggering. Consider this sampling of government reports that openly admit that governments have repeatedly failed to honor their written agreements to pay nonprofits to deliver contracted services:

The Urban Institute recently published the nation’s first comprehensive study of government-nonprofit contracting relationships, focusing on human service nonprofits. The study reveals how widespread the problem is for nonprofits contracting to deliver government services to millions of vulnerable Americans:

Tell us your experience, how much are you owed, by whom, and what is it doing to you?

No one should accuse governments of acting with malice, intentionally trying to abuse the nonprofits delivering services and the individuals who are to receive services. Rather, over time this service-delivery “system” has evolved through happenstance, not design, and left nonprofit human service providers at the mercy of uncoordinated and often contradictory policies and practices of different federal, state, and local government departments, agencies, and offices.

As state and local governments attempt to impose new fees and taxes on tax-exempt nonprofits, they essentially are trying to take money away from nonprofit missions – money that would be used to deliver programs and services for individuals and local communities.

Tell us about the most devastating specific program cuts your nonprofit has endured.

Some jurisdictions are attempting to impose new taxes on nonprofits, including not only new sales and property taxes, but also reclassifying longstanding tax-exempt property as suddenly taxable.

Other jurisdictions have tried to skirt claims of unconstitutionality about their efforts to impose new taxes on tax-exempt nonprofits by labeling their actions as:

“Payments in Lieu of Taxes” (or, “PILOTs”);
“Bed” tax: taxing beds occupied by students, the sick, and the elderly staying in nonprofit hospitals, colleges, and nursing homes that are exempt from property taxes and;
Different “fees,” such as:
“Sewage Usage Fee” (aka Toilet Tax)
“Streetlight Fee”
Water “Drainage Fee”

For nonprofits barely surviving in this brutal economy, every little nick hurts, taking funds from delivery of their missions.

The Third Wave: Eliminating programs, off-loading them onto nonprofits

To balance their budgets, some governments have found it easier to cut spending on programs than to raise taxes, apparently assuming that nonprofits and foundations will pick up the slack.

An example of this strategy rolled out when Arizona slashed Medicaid funding, eliminating a transplant program for the poor – a tactic resulting in “death by budget cut.” The Governor of Washington State, when releasing her proposed FY2012 budget, recently declared, “I hate my budget.” She added, “It uses the word ‘eliminate’ about 80 times.”

When eliminating funding for programs, governments have not simultaneously eliminated the underlying human needs. Rather, government officials have assumed that someone else would step forward to continue to deliver the programs to meet the community’s on-going needs. In so doing, public policymakers effectively have dumped their problems into the laps of mission-driven nonprofits and foundations.

These efforts to shift public funding responsibilities over to private nonprofits and foundations cannot be dismissed as just a partisan scheme by ultra-conservatives. A New York Times analysis of recent inauguration speeches by new Governors across the country revealed that Governors from both political parties “appeared to be girding residents for a rocky road ahead – a path they seemed to sense residents may not yet grasp, given headlines of improvements in other parts of the economy.”

The bottom line is that this is not a partisan problem of hyper-politics run amuck again; this is an American problem, hitting communities across the country. It’s time for the voices of the American people to be heard. But is there a way for that to happen?

Look for Part II tomorrow wherein Tim Delaney further explains that government policymakers are taking these actions not because they are mean-spirited, but because of a basic lack of understanding about nonprofits and about how much government relies on nonprofits. In turn, their lack of knowledge occurs in part because a variety of barriers have shunted nonprofits away from public policy. Finally, Delaney invites you to contribute your ideas for action steps.