“Anonymous Korea” Says It Was behind North Korea Cyber Attacks 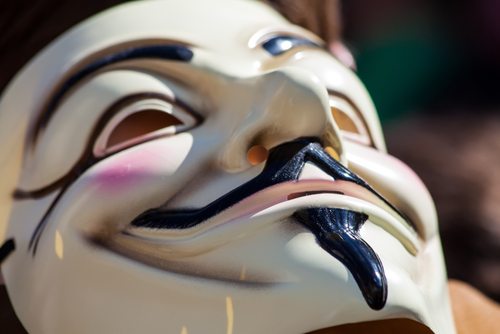 It never struck us that the voluntary association of hacktivists called Anonymous could disrupt a nation’s war preparations. Mashable is reporting that “Anonymous Korea” has claimed that it took down several North Korean state websites after North Korea announced that it was in a state of war with South Korea. The North Korean announcement that prompted the attacks reads, according to the Examiner, “From this time on, the North-South relations will be entering the state of war and all issues raised between the North and the South will be handled accordingly…”

On Twitter, the operation is called #OpNorthKorea. The disabled websites included “Naenara, the government’s official Web portal; Air Koryo, the state-run airline; and Voice of Korea, Pyongyang’s international broadcast outlet,” as reported by the New York Times. According to another site, Cyber War News, five of the six North Korean websites are back up, but Anonymous Korea is promising more web attacks in the weeks to come with a major event slated for June 25th.

While Anonymous Korea claimed that it was behind the attacks, another hacker, known as the Jester, claimed that he or she was the culprit. The strategy against these sites appears to have been simple distributed denial of service (DDOS) attacks, which were remedied by the North Koreans rapidly. However, as quickly as sites can be brought online, they can also be taken down again.  In other words, this could amount to a citizen-led effort by hacktivists around the world to disrupt the operations of a country bent on aggressive military action.

To the paranoid leadership of North Korea, however, the attacks may be seen as simply another threat from the nation’s imagined military opponents. North Korea has long viewed itself in a state of war with South Korea and the west. There have been altering levels of bellicosity and even some bombs lobbed at a border island of South Korea, so declarations of war are really reiterations of war. The issue is whether North Korea Supreme Leader Kim Jong Eun will find his warlike intentions thwarted by Anonymous (or the Jester, depending on whose claim is legitimate) or whether he will use the cyber attacks as yet another reason to imagine that his desperate nation is being attacked by the entire world.—Rick Cohen