Another Brilliant Local Cause Marketing Effort—Pizza and Marijuana 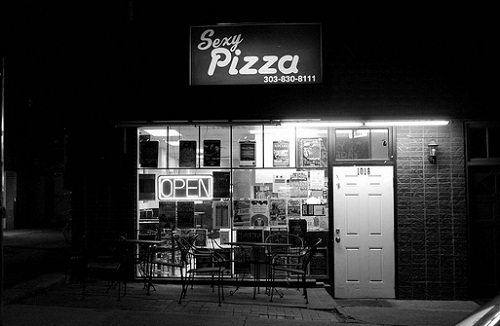 A few weeks ago, I covered a story from upstate New York where an ice cream shop paid the local pool to allow every child to swim free. It makes sense both as a gift to the local community and as well-targeted marketing. It is simple, heartfelt and goes right to the core of the group’s target market: hot, hungry little kids and grateful parents.

Now here comes a pizza shop in Denver that has been paying into the drug reform movement by donating proceeds of pizza pie sales to one of four nonprofit marijuana reform groups each year. Last year, it donated $11,000. Sexy Pizza collaborated with Grassroots California to produce a commemorative, limited-edition baseball cap—made, naturally, of hemp fabric. The hat celebrates Amendment 64, the ballot measure that decriminalized pot for personal use in Colorado.

“The inside of the hat is a shiny satin liner featuring the logos of six organizations, including the four nonprofits SAFER, LEAP, SSDP and Sensible Colorado, who contributed money and volunteers to the 64 campaign. Inside the liner is a stash pocket for your now legal stash.”

Great way to be branded to a core and grateful market.—Ruth McCambridge