Another Clinic, Another Unmet Payroll, Another Set of Patients Abruptly Informed of a Closing 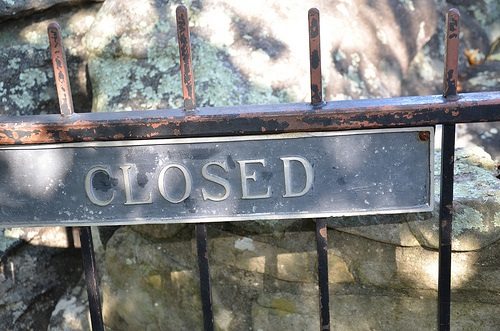 The story has now become all too familiar: A healthcare agency finds itself unable to meet payroll after a long slide into financial insolvency. It closes abruptly and patients are precipitously required to seek other services. In this case, a nonprofit in Austin, Minnesota that had been providing mental health services to 120 low-income people closed on Friday. Is this an emerging pattern?

Employees of the 12-year-old Community Technologies and Services (CTS) say they were not entirely surprised about the closing because executive director Carlton Frank had not shown up for work for a week. Then, two days before the closure, Gina Frank, Carlton’s wife, who was also the group’s second-in-command, was named acting director.

Gina Frank asserts there has been no wrongdoing by her husband, but he is nevertheless “unable to fulfill his duties at this time.”

The Rev. Robert Schneider, who chairs the CTS board and is the pastor at All Saints Parish in Madison Lake, said meeting the need for competitive salaries has “always been a struggle.” In inadvertent answer to the question, “Where was the board?” Schneider reportedly “said he was told by another board member that things had become so dire that last month Carlton Frank put $55,000 of his own money into CTS to make payroll.”

“That sounds like somebody desperately trying to keep the organization going,” said the board chair.

“I don’t know what has happened,” Schneider said of the former director. “I just know that he’s unable to be the director at this point. That’s absolutely true. He can’t do the job at this point.”

Although no longer employed at CTS, the staff has been scrambling to arrange services and resources for their clients. Regular NPQ readers may remember a story last week about the imploding of another behavioral health clinic, this one in the Bay Area. In that case, too, family members of the CEO were employed at the facility, and staff and patients were blindsided by the clinic’s closing.—Ruth McCambridge