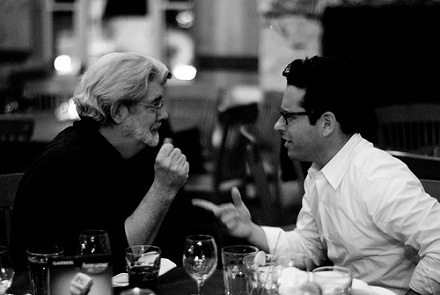 Corporate investment in public spaces is hardly a new phenomenon, but how far will it go? Yesterday the Boston Globe reported that the Massachusetts Bay Transportation Authority is considering selling off naming rights to subway stations to corporations. We hate the idea because eventually the beloved names of various neighborhoods in Boston will filter out of our lexicon to be replaced by the name of a gargantuan (maybe even predatory) financial institution or fast food franchise.

Elsewhere, San Anselmo, Calif. may rebrand itself around a park on land that has been donated by filmmaker George Lucas. The park will boast bronze statues of characters from Lucas’ movies. “We were trying to figure out how to brand San Anselmo. We don’t have a ferry boat. We don’t have water views,” said local Chamber of Commerce President Connie Rodgers. “This is one of the biggest brandings for San Anselmo that we could get, with Indiana Jones and Yoda.” –Ruth McCambridge