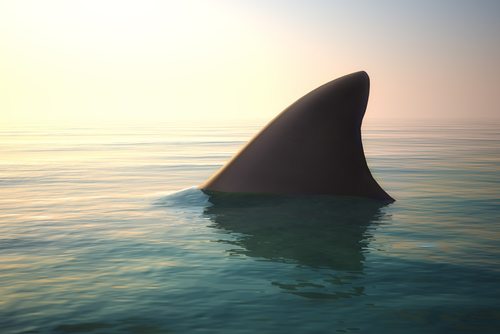 Eight swimmers competing in a 76-mile California charity relay swim from Catalina Island to La Jolla Cove found themselves stalked by sharks, which finally drove them to desert the endeavor. Apparently, one shark followed a swimmer, trailing about 20 feet behind, while eight other sharks hung around nearby. That does not sound comforting.

The swim was called “Beyond Avalon” and was organized to benefit the Warrior Foundation Freedom Station, which helps wounded veterans of the Iraq and Afghanistan wars at Camp Pendleton and Naval Medical Center San Diego.

The swimmers did have electromagnetic devices designed to repel sharks for part of the swim, but the gadget needed to be recharged every few hours, so after a while it became nonfunctional.