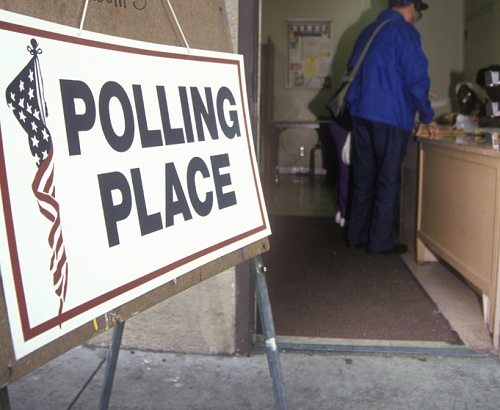 The various announcements criticizing the Supreme Court’s decision on the Voting Rights Act of 1965 have nailed the conservative five-justice majority in the decision in surprising ways. Consider this announcement from the Anti-Defamation League. Although traditionally focused on fighting anti-Semitism, the ADL has captured the problem in the court’s decision.

In the Southern states that were covered by the challenged provision of the Act, there had been a history of efforts perpetrated by government, under the color of law, to deliberately make voting for minorities difficult. The Act required those states to seek federal government “pre-clearance” before proceeding with new voting procedures.

There were good reasons. The NPQ Newswire covered numerous instances of efforts to intimidate voters from around the country. If the Supreme Court is suggesting that there is no longer evidence of a specific need to target Southern states for pre-clearance, a notion undermined by the actions of Texas and other states immediately after the decision to proceed with voter ID laws, Congress might want to rethink and even elevate the importance of the franchise across the nation as the keystone of American civil rights.

The Supreme Court has asked Congress to review its criteria for which states, if any, merit this kind of pre-clearance on voting changes, based on the presumption that the core Southern states have largely improved and eliminated much of the empirical need for them to be singled out for special review. Based on our coverage of voter intimidation efforts conducted under the protection of law, if not carried out by government agencies, such as the voter intimidation billboards in Milwaukee and other cities funded by the Lynde and Harry Bradley Foundation, the aggressive agenda of True the Vote as it trolled for indications of voter fraud in minority districts around the nation, and the enactment of voter restriction laws in Ohio, Pennsylvania, and Wisconsin just before the 2012 election with a rather obvious agenda of limiting the turnout of pro-Obama voters, among others, this problem hasn’t gone away.

If the problem of voting rights restrictions is no longer limited to the South, the answer is not to drop the pre-clearance requirement in the South, but to apply it to a broader geographic area, especially since, unlike 1965, voting restrictions and voter intimidation aren’t targeted simply against blacks, but against Latinos as well, given demographic changes in the U.S. Some people, like investigative reporter Greg Palast, the author of Billionaires & Ballot Bandits, intimate that voting restrictions are not really aimed at race or party, but at class.

Should the issue be left to the states to sort out on their own? As was noted by Stephen Hill, Republicans oppose the relatively simple solution of automatic voter registration for its likely enfranchisement of millions of young people and minorities who might logically vote Democratic. But even Democratic politicians aren’t necessarily flocking to enact reforms. As the Catholic magazine America put it, many of the solutions aren’t best left to the states, but require national uniformity: “Polling stations should be carefully monitored so that voters are not unfairly turned away without an opportunity to cast even a provisional ballot. There should be more uniform electoral processes across the 13,000 voting precincts in the United States; Election Day should be a mandatory national holiday to make it easier for people to vote; and there should be a federal constitutional amendment to protect the right to vote for all citizens.”

Whether the issue is race, ethnicity, or class, in a democratic society, there is no more valued right than the right to vote. Creating obstacles that suppress voter registration and voter turnout aren’t just crimes against the civil rights of minority groups, but crimes against the values of our democracy. What are nonprofits planning to do now that the Supreme Court has kicked the Voting Rights Act back to the nation’s dysfunctional Congress for revision? This is no time for a sector whose core DNA lies in deTocquevillian grassroots democracy to sit on the sidelines. –Rick Cohen