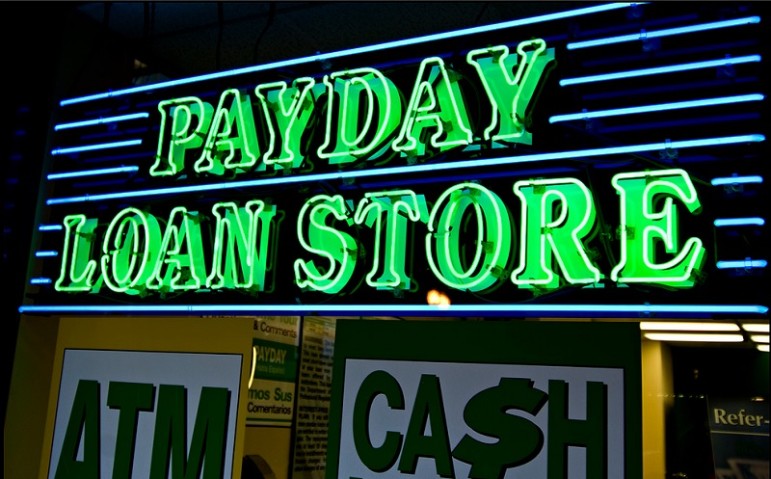 Simultaneously serving as Democratic National Committee Chair and as a U.S. representative from Florida, Debbie Wasserman Schultz is no stranger to high visibility and political controversy. Politico reports that a nonprofit group called Allied Progress committed at least $100,000 to buy ads attacking Wasserman Schultz for supporting the payday loan industry. Specifically, the ads accuse her of taking $68,000 in campaign contributions from industry advocates, sometimes timed to coincide with her pro-industry actions. According to the Politico article, among other acts, Wasserman Schultz cosponsored legislation to delay the federal Consumer Financial Protection Bureau’s payday lending rules.

“Payday lending” refers to short-term, high interest loans typically made to people unable to obtain credit from banks and other mainstream sources. Proof of employment or ownership of a car (for “title loans”) are usually the only requirement. Annual interest rates for payday loans in Florida top 300 percent; interest rates in other states can be far higher. Many borrowers cannot pay back their initial loans and end up either renewing their loans or taking out new loans to pay old ones, with interest payments placing them still further in debt and even less likely to achieve financial independence.

Allied Progress, the group placing the anti-Wasserman Schultz ads, is a group led by Karl Frisch, a longtime political aide and commentator “perhaps best known for his work of nearly five years as communications director and then as a senior fellow at Media Matters for America,” according to his organization’s web site. It calls itself “a nationwide nonprofit grassroots organization.” Interestingly, Allied Progress is not a nonprofit organization; it is a “project” of the New Venture Fund (NVF). Its latest Form 990 states a mission “to support innovative and effective public interest projects.”

And what of Allied Progress’s 30-second video ad? Since Allied Progress is a project of a 501(c)(3), does the ad comply with the long-standing prohibitions against charities campaigning for or against candidates? It mentions Wasserman Schultz by name and criticizes her for her support of the payday loan industry. It encourages issue advocacy, but does not specifically ask voters to not support her.

Under federal law, 501(c)(3) organizations may spend a small percentage of their budgets (known as the “no substantial part” test) on lobbying and may spend unrestricted amounts on more general issue advocacy consistent with their stated missions. Since 1954, however, charities, including religious organizations, have been expressly prohibited from supporting or opposing political candidates. Regardless of how one perceives either payday lenders or Debbie Wasserman Schultz, Allied Progress’s activities and the relationship between it and the New Venture Fund introduces a new twist on the use of 501(c)(3) nonprofit organizations in political campaigns. Are the ads truly issue advocacy, or are they indistinguishable from attack ads run by campaigns and 501(c)(4) super PACs? Does Allied Progress’s mission and activities fit the New Venture Fund’s charitable mission? Has Allied Progress found a way, with NVF’s support, to inject tax deductible contributions into political races?—Michael Wyland