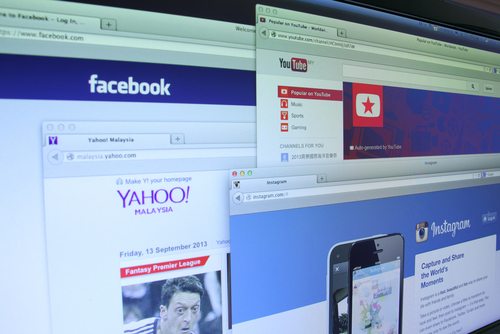 If your organization’s communications staff has been trying frantically to get your Facebook numbers back up after a shocking drop in post visibility in December, you are not alone.

Facebook stated in a recent announcement that new changes to the social network’s algorithm would favor “high quality” stories over “the latest meme.” This means that old tricks like posting images frequently on Facebook to acquire more likes and higher visibility on users’ news feeds will no longer work. In fact, when posts shared on Facebook include links that do not have any images attached, they are much more successful and increase your chances of more users seeing posts.

Brands that have established large followings on Facebook are struggling the most with these changes. Many pages with thousands of followers are reporting that their posts are now visible to only 50–80 of those Facebook fans. Slate stated that the social media marketing company Ignite analyzed 689 posts from 21 different brand pages and discovered that in just one week, the number of people who saw posts declined by 44 percent on average.

The main take-away from this latest change, and the direction Facebook has been leaning toward for a while now, is that it’s going to be a lot harder to gain a large audience on Facebook unless you want to pay for it. Bigger brands may have thousands of dollars to spend on social media marketing, but nonprofits with small to nonexistent social media budgets may end up struggling to reach their Facebook audience.

Slate also spoke with an anonymous source that provided a lens into why Facebook as a company has decided to make these algorithm changes. Here are a few of the details he explained:

It seems like these changes benefit most Facebook users, who want to see more quality content from personal friends and family as opposed to the brand advertising that has begun to dominate news feeds. But will this also negatively affect nonprofit branding? NPQ has certainly seen a decline in the number of users seeing posts on Facebook, but we’d be interested to hear about the impact on other organizations.—Aine Creedon