Are Nonprofits Ready to Give Foundations Direct Feedback? 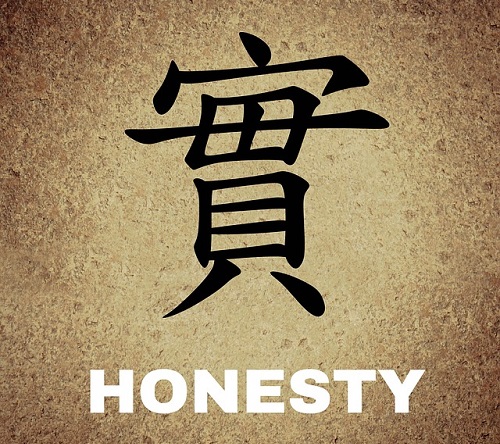 One year ago, we launched an ambitious project that seeks no less than a reshaping of the culture of philanthropy from one that’s “killing itself with kindness” and where foundations are encased in an “isolation bubble” to one where direct feedback and critique are welcomed and encouraged.

One end of that cultural equation involves foundations’ attitudes, expectations, and actions that may hinder honest feedback from grantees, peers and other stakeholders to inform decision-making. The other end involves nonprofits’ capacity and willingness to provide that critical feedback.

With several philanthropy organizations calling for more openness, and the rise of social media, the Internet, and the proliferation of crowdsourcing tools, the environment seems ripe to push for this cultural shift—and to keep pushing—but we know it will be a monumental task. Foundation leaders, affinity groups, and regional grantmaker associations are hesitant to openly critique their peers while nonprofit leaders are loath to share their honest opinions with their funders.

We know, of course, that opinions abound, because we have engaged in hundreds of conversations with nonprofit and philanthropic executives who had really smart, thoughtful, and nuanced things to say about grantmakers. And thousands of individuals responded candidly in grantee surveys we conducted for Philamplify—as long as the conversations were confidential, the surveys were anonymous, and it all took place in a safe “one-on-one” environment.

Our efforts to engage these same folks on Philamplify.org have not taken off as we had hoped. Even with the option to post anonymously, we have seen limited use of our online platform enabling commentary on the recommendations we’ve made for each foundation we philamplified. No one used our tools to directly email and tweet the CEOs of assessed foundations. Yet, we know that thousands of people have downloaded our reports and watched our videos. In just a few short weeks since we released our assessment on the Walton Family Foundation, the special video on WFF has been viewed nearly 5800 times on YouTube, and we’ve logged more than 3,000 report downloads.

And we’ve even generated some lively discussion on Facebook about one foundation, William Penn, with commentary likely coming from many Philadelphia residents who don’t work at foundations or nonprofits.

An ongoing poll on Philamplify.org asks readers for the top reason why a nonprofit would choose not to openly criticize a foundation. As of the time of this article, 83.8 percent identified “Fear of being blacklisted or defunded” as the primary obstacle. Yet, 1350 nonprofit leaders spent 20–30 minutes completing an online grantee survey and 335 stakeholders each spent an average of 45 minutes talking to us on the phone.

A Daniels Fund grantee also took the time to send an email in response to our last NPQ feature on assessing racial equity. We had a lengthy conversation about it a few days after. This person wanted me to know their frustration with Daniels’ approach to youth-serving organizations, and equal frustration with other grantees that would credit Daniels with advancing equity.

“Having worked directly with program officers at the Daniels Fund, I have found ours to be explicitly anti-systemic reform. In my experience, Daniels Fund’s main message to us in helping us write a proposal to them was that we should show how our kids (majority Latino, African American, multiracial) are upholding traditionally ‘American’ values, i.e., knowing the pledge of allegiance, valuing ‘free-market’ principles and ‘hard work’ and wearing traditional clothes like ties; in fact, they wanted us to implement a youth leadership curriculum that was called ‘cowboy ethics,’ but we felt it wasn’t culturally competent and it didn’t resonate with our youth of color.

“I am just shocked to see their grantees responding so favorably to questions about advancing equity and I think it speaks to the larger problem of the (sometimes willful) ignorance and silence on the topic of white privilege and systemic injustice among more conservative, right-leaning groups in our country.”

NCRP is still experimenting to find out which tactics and tools can best foster digital engagement to help reach and cultivate the growing yet cautious community who are willing to publicly provide feedback. We have received numerous ideas for improving the site, including more opportunities for engaging individuals who don’t feel knowledgeable about a particular foundation’s work to join a conversation. With the release of the Walton Family Foundation assessment, it is now possible for visitors to provide comments about the foundation and overall assessment, in addition to voting and commenting on individual recommendations.

Also, we’ve created a new feature called “Which Foundation Should We Philamplify?” We know from conversations in the field that everyone has their own opinion about which foundations deserve an in-depth look, whether to spotlight best practices or reveal obstacles to impact.

So are nonprofits ready to give honest feedback to funders? The answer is yes—when initiatives like Philamplify give them the chance. The same is true for foundation peers. But without that shield of anonymity, the answer is mostly…not yet.

What will it take to change the culture of excessive deference and philanthropic isolation? I believe that foundations, nonprofits, and sectoral organizations all need to commit to bold and fearless action to help propel this cultural revolution. Although this can take many forms, the two most important steps that each group needs to take now are:

Sectoral organizations such as regional associations and affinity groups play a unique role in fostering a culture of transparency, knowledge sharing, and openness. They need to push their members to embrace the discomfort of forthright feedback, even from their own peers. How many RAGs and affinity groups use their gatherings to promote authentic debate among their funder members or with nonprofits about relevant strategies and issues? Of all the stakeholder groups NCRP reaches out to for Philamplify, affinity groups are the most reluctant to talk to us. They don’t want to tell us what they think of any of their members’ work, even off the record. Sectoral organizations need to see themselves less as service organizations and more as “effectiveness organizations” to enhance philanthropy’s positive impact on the world. State and local nonprofit associations can also play a role, in partnership with RAGs, to provide a “safe space” for nonprofits to offer honest feedback to funders.

Every time we conduct interviews for Philamplify and a person says, “I think it’s so great that your organization is doing this. I really appreciate the chance to share my opinion,” we are reminded that nonprofit leaders have so few opportunities to provide feedback in a safe environment. We all need to create safe spaces for input in philanthropy.

Yna Moore has been practicing strategic communications in pursuit of transformative positive change in our communities and the world for more than 15 years. She most recently led the growth of the National Committee for Responsive Philanthropy’s communications and marketing program as its former senior director of communications. Yna enjoys off-road trails, hiking and training in mixed martial arts.