Are We Talking the Same Language? 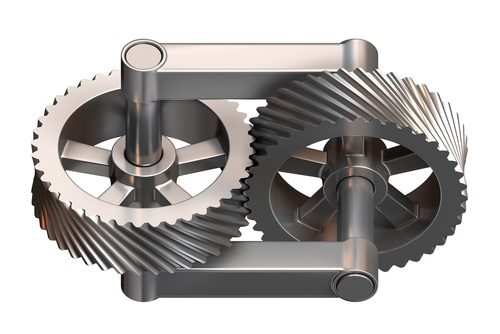 Vocabulary is important. That’s how we convey meaning.

But unless you and I share the same understanding of what the words mean, we aren’t communicating. For example, when I say “leadership,” I wonder if you think what I think. And we can’t have a useful conversation about leadership until we share a common understanding.

So here goes: some basic definitions and distinctions in fundraising words.

Constituent: Someone who authorizes you to represent them or work in their best interests. Think about what that means for a moment…what import it has for your actually knowing what your constituents think and want. This may be one of the terms most important to us all. It is basically a reciprocal term.

Stakeholder: A person or group of persons with a stake or interest in your organization—it may be inclusive of, but is not limited to constituents. The AFP Fundraising Dictionary has a nice angle: “A person who has a special interest in the activities and decisions of an organization.” (See their site at afpnet.org.)

Suspect Predisposed: An individual, business, or some other entity whose interests and actions suggest a possible inclination or susceptibility toward your organization’s cause or mission.

“Suspect” is common fundraising terminology. In the AFP Fundraising Dictionary, a suspect is defined as “a possible source of support whose philanthropic interests appear to match those of a particular organization but whose linkages, giving ability, and interests have not yet been confirmed.”

Very nice. But “suspect?” Really? How bad is that? Who wants to hear anyone referred to in such a pejorative manner? So I invented “predisposed” as an alternative term.

Prospect: So here is where organizations seem to get confused: the critical distinction between predisposed and prospect.

Through these acts, I’ve raised my hand. I’ve given you permission to market to me. (See Seth Godin’s book, Permission Marketing.) And part of that marketing is fundraising.

Donor: Okay, I hope this one is clear. I give money. I give time. Both are giving. And the amount doesn’t matter. (Of course, a donor of time is usually called a volunteer. But it’s important that organizations understand that volunteerism is philanthropy, too.)

But giving a second time does matter. Any number of fundraisers now say that without a second gift, the organization shouldn’t think of the individual as a true donor. And that is not a criticism of the giver; that’s a warning to the organization.

Consider that first gift a test. It’s like point-of-purchase buying in the store. I’m testing you to see what happens. And since 70 percent of first-time donors in the U.S. don’t give a second gift, organizations aren’t doing a very good job.

Sometimes I ask groups to define “philanthropy.” The descriptions are lovely and emotional and inspiring. Then I ask them to define “fund development.” The tone changes to practical and even somewhat harsh and distasteful. The words are transactional.

Years ago, when speaking in Mexico City, I heard philanthropist Manuel Arango Arias describe philanthropy as “freeing the talent of the citizenry.” That goes well with my favorite definition of philanthropy, coined by Robert L. Payton: “voluntary action for the common good.”

Philanthropy is not defined by wealth. Everyone can give. Many choose to give.

And all organizations darn well better value all donors and respect all gifts!

As Alfre Woodard says in the preface to Chuck Collins’s Robin Hood Was Right, one of the best books you’ll ever read, “Giving isn’t a posture reserved for the rich or powerful. It is the responsibility and privilege of every man, woman, and child to participate in the task of building more just and humane societies.”

The common good demands our attention. And Woodard continues, “Charity is good, but supporting and creating social change are about power. Power can infuse lives with purpose and dignity. That opens up the possibility of joy. The life of the giver, as well as that of the receiver, is transformed.”

Everyone working in the philanthropic sector should know where the word “philanthropy” comes from: It’s Greek for love of mankind. (I say “love of humankind” now.) The philanthropic tradition is neither a Western invention nor Western-dominated. For example, learn about Islam’s Zakat, and Confucianism and Buddhism.

So what is fund development?

Years ago, fundraising guru Hank Rosso described fundraising as “the servant of philanthropy.” What a marvelous sentiment. Philanthropy and fundraising (or fund development, my preferred term) are inextricably entwined.

Does your organization—and everyone in it—understand that philanthropy doesn’t much happen without fund development? The biggest reason that anyone gives either time or money is because they are asked. Otherwise, how would they know about the cause, the need, the impact?

So there you have it. Vocabulary. Words. Definitions and distinctions and thoughts. Meaning…

Please talk back to me about it here, and encourage others in your organization to think more carefully and talk to one another about the definitions of such language.