Are you “Unretweetable?” Five Tips for Changing all That 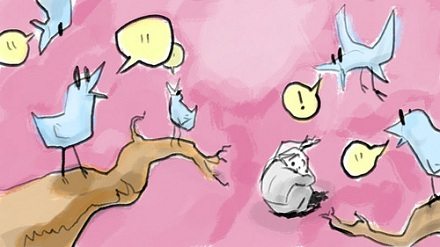 Are you capturing the attention of your Twitter audience? The Nonprofit Tech 2.0 blog has shared key tips on what makes nonprofit tweets on Twitter go viral. From the 120,000 nonprofit’s tweets studied, the blog categorized the majority of tweets “unretweetable,” due to overusing hashtags, messy jargon, or avoidable grammar errors.

The blog also stresses how nonprofits need to reduce the number of “Thanks for the mentions and RTs,” explaining it only clutters twitter feeds and wastes your time.

Here are five tips nonprofits should test out on Twitter. You just may begin to see a surge in retweets:

Statistics: “Powerful stats that speak to your mission and programs.”

As Jon Stewart giddily exclaimed while covering Bill Clinton’s speech during the Democratic National Convention, “Math! Numbers! Facts!” We all love a good report complete with hard hitting statistics that affect your organization’s mission and programs, be it a negative or positive impact.

Although most nonprofit organizations strive to channel Twitter traffic to their websites, sharing quotes on social good or giving can increase your organization’s following and retweets. Inspiring words of wisdom are increasing in popularity on image-sharing sites such as Pinterest, so test it out on Twitter too!

Teach your Twitter followers something new, these tweets will have a similar impact on your followers as statistics. Pell Grants tweeted an article on Huffington Post about how their grants now only cover a third of public four-year college costs, engaging their Twitter audience and resulting in 17 retweets.

Simplicity and motivation: “Position statements spoken with clarity and conviction.”

Motivate your audience with powerful statements, such as @MobileCause:  “Technology does not raise money. Technology helps fundraisers raise money easier.” When sharing an article from another news source or nonprofit, don’t be afraid to voice your own opinion as long as it aligns with the beliefs of your nonprofit. Anyone could just tweet the same source, but if you are emphasizing something fresh and new your followers will be much more likely to retweet.

Up-to-date News: “Tweets that tap into the #BreakingNews cycle.”

Twitter’s fast paced environment leaves users always wanting to be the first in the know. If you can provide your followers with breaking news you will be guaranteed a multitude of retweets and new followers. Has a well-known foundation appointed a new CEO? Be the first to share the news, and maybe the foundation will also retweet it to their large Twitter audience.

Nonprofit Tech 2.0 also glosses over marketing on Twitter, making a notable point that subtlety is the best policy. Overloading your followers with the same marketing deals daily, including donations pitches, will only make Twitter users tune you out.  Has your organization tested out these Twitter tactics with successful outcomes? –Aine Creedon