Arizona Could Give a Big Property Tax Break to Churches 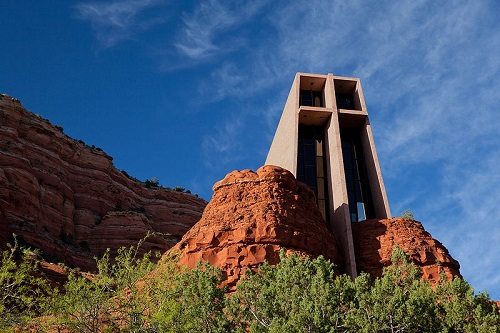 A bill expanding tax exemptions for churches passed the Arizona legislature last week, and could cost the state $2.1 million in lost revenue, according to the Phoenix New Times.

The bill is the third pushed by the Center for Arizona Policy that legislators have passed this session; others include the notorious anti-gay bill vetoed by Governor Jan Brewer earlier this year. After that veto, the New Times speculated that the Center for Arizona Policy, a Religious Right organization with a lot of sway at the capital, would ease up on its agenda, but that hasn’t happened.

The tax exemption bill narrowly passed the State Senate last week calls for property leased to religious groups and used primarily for religious worship to have a property tax assessment ratio of one percent, lowered from 18.5 percent. This change would not apply to secular nonprofits. The bill is now on the governor’s desk and is likely to be signed.

Local property taxes help pay for local public schools, so the state will have to cover the cost when property taxes aren’t enough under Arizona’s funding formula. Legislative budget staff estimates this legislation could cost the state as much as $2.1 million, starting in 2016.—Larry Kaplan