As B Corporations Spread, Who Holds Them Accountable? 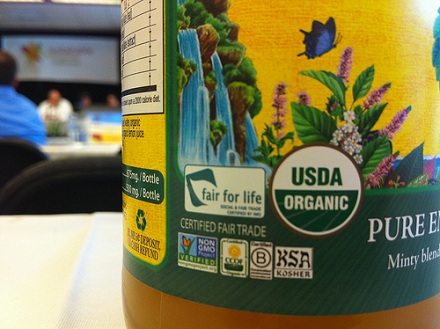 Nonprofits of all stripes would be well advised to become more familiar with the “hybrid” corporate forms that are attracting attention from government agencies and foundations as alternative mechanisms for achieving social good. One of those structures is the “B corporation,” companies that are recognized by some states as being able to make decisions that value the concerns and needs of stakeholders, not just shareholders. In other words, a certified B corporation, in states which recognize these entities, could choose to follow an environmentally sensitive policy even if it does not maximize the company’s and the shareholder’s profit.

The nonprofit B lab is the national certifier of B corporations, but who audits the companies to see if they’re really living up to their commitments to social responsibility and environmental protection? Once a B corporation is certified, who or what really holds the B corporation accountable?

Seven states, beginning with Maryland in 2010 (and with the additions of California and New York this year), recognize B corporations, but Greenbiz.com notes that Delaware, where half of publicly traded corporations are incorporated, doesn’t yet recognize them. Do shareholders always accept the lower economic return from a corporation’s socially responsible mission? Greenbiz.com cites the example of Ben & Jerry’s, which spurned an offer from a socially minded purchaser in favor of a higher share price bid from Unilever for fear that shareholders would sue the owners of Ben & Jerry’s for having chosen the less profitable offer. In theory, according to this article, the B corporation status “widen(s) the corporation’s responsibilities beyond the board’s traditional fiduciary duties to shareholders, requiring the company to also consider its material positive benefit to society and the environment.”

Of course, as the article notes, there is really “nothing in corporate law that states that companies exist solely to maximize profit to shareholders,” but the notion that profit maximization is part of what corporations do constitutes what one observer called “the myth of shareholder value,” a myth that many corporations and shareholders believe to be true and operational. Are B corporations a nice but destined-to-be-tiny slice of the corporate sector, or do they reflect what John Montgomery, one of the forces behind California’s adoption of the B corporation, called, “the very front end of a global paradigm shift to having corporations that exist to optimize good and profit?”

For nonprofits, if B corporations become more widely accepted and recognized in more states, what does that mean for the line, if there is one, between what nonprofits do and what B corporations can do to promote the societal good?—Rick Cohen