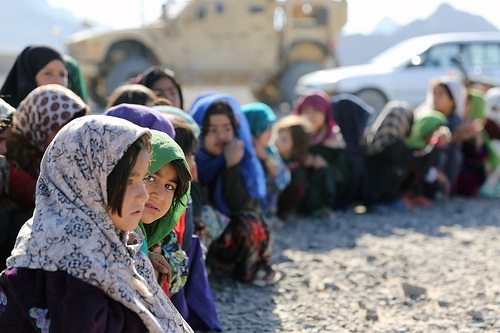 It’s easy for Americans who think of nonprofit assistance in urban areas to focus on assisting residents who are in cities by some measure of choice and free will. They may be suffering from inadequate or unaffordable housing, underemployment or unemployment, and a mélange of issues associated with poverty. But imagine if your nonprofit were assisting urban residents who are in cities as refugees. Would your interventions and strategies need to change by virtue of the refugee population or the cities’ willingness or unwillingness to provide refugees with access to services that they typically provide to more permanent residents?

Graeme Rodgers, the principal author of a report for Church World Service, and Andrew Fuys, CWS’s associate director of international programs, have delved into this issue in the report, “Accessing Services in the City: Findings from a Comparative Study of Urban Refugee-Host Community Relations.”

They point out that, until recent years, the image of refugee camps was one of isolated, rural sites of forced displacement. They were meant to be isolated away from the urban centers of the host countries (think of the camps for Palestinians in Lebanon, for example). Rodgers and Fuys note, however, that by 2008, more than half of the world’s refugees located in urban areas. They cite the Syrian civil war, where the majority of refugees who have fled to Jordan and elsewhere have bypassed the camps, often terrible, unlivable places, in favor of moving into cities. They may go to cities in part because they believe—or they hope—that they will get access to services and shelter because of their ability to access networks and community relationships that link them to the resources they need. Does this happen?

Rodgers and his colleagues surveyed more than 1,200 refugee households in Cameroon, Indonesia, and Pakistan and collected additional data from focus groups. They found that “urban refugees’ lives do tend to improve over time, as evidenced by positive changes in access to household income, access to education and health care, and refugees’ perceptions of personal safety…improvements [that] are generally associated with more frequent and positive interactions with between refugees and their hosts.”

Nonetheless, it isn’t automatic that refugees in urban areas will somehow automatically and organically benefit from the wider array of resources and opportunities in cities than in isolated rural refugee camps. Their advice to NGOs working with urban refugees includes several approaches for connecting refugees to expanded opportunities:

They end their blog post with the reminder that “voluntary return cannot be assumed for urban refugees; particularly the longer they spend in the country of asylum.” That might be a good reminder for U.S. politicians who believe that millions of undocumented immigrants in the U.S. might somehow be convinced to self-deport or otherwise succumb to arrest and deportation, rather than utilizing practical, humanitarian approaches such as those outlined by Rodgers in the CWS report.—Rick Cohen