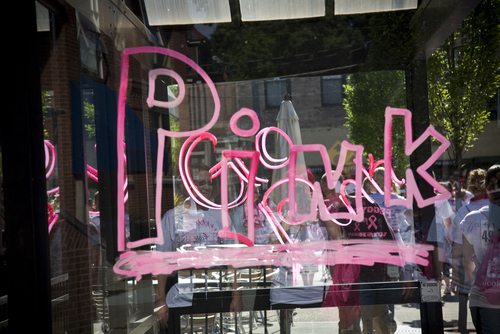 Last week, NPQ noted the fallout experienced by a Susan G. Komen for the Cure affiliate in Kentucky and this week Atlanta is exhibiting the same type of shakeout. The local archdiocese issued a memo recommending that members of the Church not direct their funding to Komen because it reinstated its funding to Planned Parenthood for breast cancer screenings last January. Of course, we wish the Church would spend more of its influence on the appalling rise in the poverty rate than on birth control and the local affiliate in Atlanta is protesting that none of the money raised locally goes to Planned Parenthood but, again, this is an instance of a national brand creating an unnecessary rift with its stakeholders that flows down to its affiliates. At the same time, the national Komen organization has rejected an adult website’s offer to donate a portion of its proceeds derived from the airing of pornographic videos. Actually, the deal seemed like precious little return for the exposure anyway. The website was offering one penny for every thirty views of the video. –Ruth McCambridge