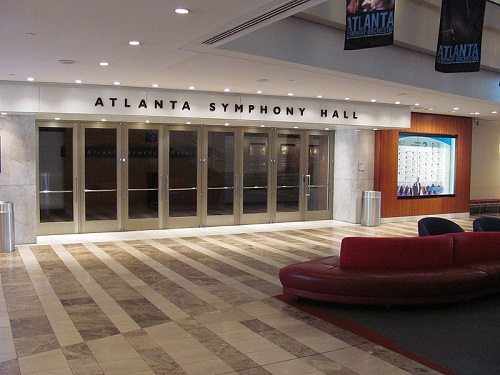 The Atlanta Symphony Orchestra has this week cancelled the start of its 70th anniversary season after locking its musicians out in a labor dispute, and now, reminiscent in some ways of the Minnesota Orchestra dispute and the interventions of music director Osmo Vänskä, music director Robert Spano has spoken out, declaring:

“This is a dire and critical juncture for the city of Atlanta, which is in danger of losing the flagship of its culture. If the 10th-largest urban economy in America is incapable of sustaining its cultural jewel, what does that signal about our country?”

“…Our brilliant and creative musicians, who need to be intimately involved in the creation of our path to the future, have been asked to leave the building—and Atlanta is left with a deafening silence.”

The New York Times writes that Spano’s public advocacy is unusual in an orchestral labor dispute. Traditionally, music directors have remained mum. But even before the lockout, Spano joined with regular guest conductor Donald Runnicles in writing a letter a letter to the board and management, asking them to recognize the sacrifices already made by the musicians in taking a pay cut after the last lockout and urging them to “examine other ways and areas to establish sustainability.” Runnicles has criticized the lockout as “a one-sided attempt to force the orchestra to its collective knees.”

Spano is also a donor, having contributed financially to a recent tour to Carnegie Hall. “There was basically a movement to cancel our appearance,” he said, “at which point I marched in to one of our symphony board meetings and said this is not going to be canceled—there are people who think it should be canceled, I don’t agree with them, I’m putting $50,000 on the table right now. Who’s going to join me? I then started calling people all over the country, and we garnered the support for that engagement within a week.”

Meanwhile, the board may be beginning to unravel. Ron Antinori has resigned after he asked other board members to make pledges in order to stop the lockout, but even though $800,000 was pledged, board leaders refused to end the lockout. Antinori said in an interview, “To me, the musicians really have the high ground,” but the arts center “holds the purse strings.”—Ruth McCambridge