Australia Takes on Tax Reform: Lessons We Can Learn 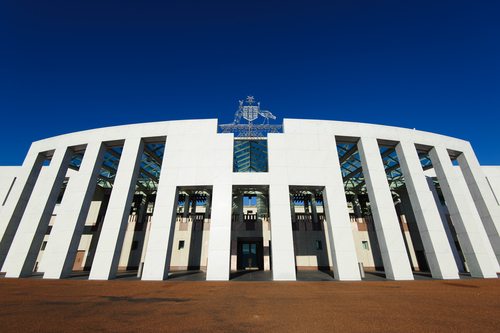 Two recently released position papers frame issues to be faced by the Australian government as it considers revisions to its tax code will resonate with American readers: the Australian Council of Social Services’ (ACOSS) “Tax: Are we paying our fair share?” and “The Future of Tax,” released in December by Business Council Australia (BCA). Both recognize that a changing economic and demographic landscape requires revisions to national tax policy, but they differ widely in their assessment of the direction that should be taken.

Changes to tax policy must balance the concern for tax equity with ensuring the national economy can continue to grow and compete in the international marketplace. Both organizations acknowledge the important role that government must play and that sufficient revenues are necessary to meet this responsibility. But where the right “sweet spot” is that balances these two is where the issue is joined and where the interests of the social and human services community will clash with the interests of business:

“A vital principle of the social compact between taxpayers and Government is that the level of tax we pay is based on our resources or ability to pay, and that people in similar circumstances should as far as possible be taxed in a consistent way.” (ACOSS, p.4)

ACOSS sees an existing Australian tax system that falls well short of meeting this standard. Its analysis of the total tax burden shows that the effective tax burden is equal to “a flat rate tax on incomes of around 25 percent on all income groups.” Looking at the same data, BCA concludes that the current “tax and transfer system is well targeted and highly redistributive and makes a substantial contribution to Australia having a fair society by substantially reducing inequality.” (BCA, p.5)

Both organizations recognize that changes to existing tax policy should not do harm, but differ on what that harm would look like. ACOSS counsels that the impact of policy change should be viewed in terms of “economic costs, and social and environmental harm. The tax system should support and not undermine decisions to engage in paid work, save, invest and support economic growth that are economically efficient and underpin our future prosperity. It should contribute to, and not detract from, affordable housing for all.” BCA’s perspective sees harm in any change that will not benefit business operations, focusing attention on changes that would reduce the overall tax burden on corporations and individuals and simplify the system.

As in the United States, the challenge to the Australian government is establishing a process that allows the diverse interests illustrated in these two reports to be engaged and believe that the outcomes have been arrived at in a fair and honest process:

“Tax reform cannot be rushed. It takes time to identify and agree on the problems that reform should resolve, and to decide on a strategy for reform. Governments must lead tax reform but must do this in genuine collaboration with key stakeholders and the wider community. The process of reform needs to be open and transparent, enabling-government agenda, nor cherry-picking of reforms. It will require genuine engagement and wide public debate in the lead up to developing options for reform, with a view to developing a comprehensive, integrated tax reform package.” (ACOSS, p. 5)

Our nation’s leaders might well keep their eyes on the efforts in Australia to see if there is a better model than our current method of backroom deal-making to reach legislative outcomes in an area of such vital interest to our community.—Marty Levine