Aviv Calls for Nonprofit Sector to Unite on Bipartisan Goals 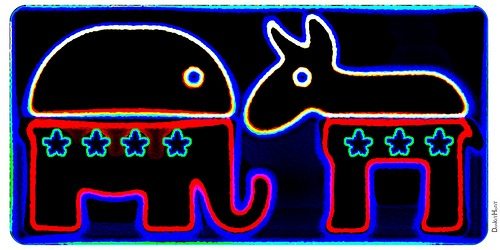 The People’s Voice is the monthly blog written by Diana Aviv, the president and CEO of the highly visible national nonprofit leadership organization Independent Sector. From her recent experience on Capitol Hill, Aviv asks, “is there any hope that our political leaders might find a way to work together civilly on the very big challenges they and we must face together?” Although familiar with the political divide in Washington, Aviv says, “we have observed some modest movement toward bipartisan policy on a handful of issues, including protecting women from domestic violence, immigration reform, universal background checks for handgun ownership, and same-sex marriage rights.”

Aviv’s recommendations for bridging the divide and encouraging more bipartisan efforts include emphasizing “the voices of ordinary citizens across the U.S. who want something different for their communities and from their government than recent years have delivered.” She suggests, “many public officials are more likely to take their lead from their constituents.” Not surprisingly, given her position at Independent Sector, she rhetorically asks, “who better to rally the groundswell of voices than civil society organizations dotting every community in America?…Who better to make the case for attentive and respectful discourse followed by joint action by lawmakers than the ordinary and extraordinary people who make up this community of voluntary organizations?”

Assume Aviv is correct that nonprofits are best positioned to bring communities and politicians together in an effort to find bipartisan solutions to critical public issues. If so, what do nonprofits have to actually do to make that happen? Given the huge ideological diversity in the sector, can nonprofits overcome their own divisions to present a united front on public problems? Or would that devolve into a lowest common denominator of acceptable solutions that doesn’t get at the heart of the problems to be addressed?

Much of the nonprofit sector came together with a relatively unified position in opposition to President Barack Obama’s proposal to cap the deductibility of itemized deductions, including the charitable deduction, at the 28 percent tax level, even as the top tax rate climbed to over 39 percent. However, that unity was in relation to an issue that was clearly tied to the self-interest of the nonprofit sector. The sector has been much less vocal on larger issues such as budget sequestration or raising taxes for more revenues. Most nonprofits campaigning on the charitable deduction steered well clear of these issues, among others, that might segue into partisan struggles.

The next big battle on the horizon may well be comprehensive federal tax reform. Can the nonprofit sector come together—and bring warring politicians together—to find common ground on closing tax loopholes, which will be crucial for tax reform?—Rick Cohen