B Corporations and Their Implications for Nonprofits 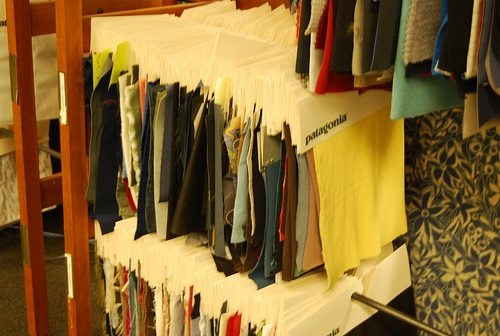 Rory Eakin is the cofounder of CircleUp, which connects investors with social enterprise. He was previously Director of Investments at the modestly named Humanity United, an affiliate of Omidyar, where he likewise put money into social enterprises to “stimulate job creation and promote stability in fragile economies.” So it is unsurprising that in his piece in Inc., he lauds the power of corporations, which, in his opinion, simultaneously and successfully pursue both profits and impact. In particular, he highlights Patagonia, founded by Yvon Chouinard. According to Eakin:

“A large part of Patagonia’s success comes from its founder’s passion for sports, efficiency and environmentalism—and his refusal to compromise his beliefs for short-term gain…The company’s product lines have evolved over the decades—innovating new and more environmentally-friendly materials and processes—you see its mission woven through every part of the organization.”

In a way, this is in line with Eakin’s definition of B Corporations, or benefit corporations: “mission-driven businesses…dedicated to the causes their founders are passionate about…. These companies are about more than profit alone; they are building a better world.” Examples that Eakin touts include B-Corps such as Better World Books, “an online bookstore that collects unwanted books from libraries and college campaigns and either sells them to raise funds for literacy organizations or gives them directly to nonprofits,” and Sustainability Television, “which creates produces and distributes television online that educates people about important social issues.”

A key to the success of B Corporations is their access to capital. Eakin notes that several venture capital funds, such as Union Square Ventures, Benchmark Capital, Good Capital, Kleiner Perkins, and Equilibrium Capital Group invest in B Corporations. (Notwithstanding the odious politics of some venture capitalists, such as Kleiner Perkins founder Tom Perkins, who compared the Occupy movement’s critique of the powerful one percent in U.S. society to Nazi Germany’s attacks on Jews, warning of an American Kristallnacht.) Through CircleUp, Eakin has launched an investment fund totally dedicated to B Corporations, the B-Corp Fund, building on the $10 million in equity investment CircleUp has already generated for ten certified B-Corps.

He makes it clear that the pitch to investors is much more than their social impact. “Our view is that they are interesting companies for all investors, not just ‘impact’ investors,” Eakin writes. “For many companies, there does not need to be a trade-off between returns and impact—like Patagonia, the impact can be core to the financial return thesis.”

Perhaps that is the implicit key to the B Corporation movement. Despite the size and growth of the nonprofit sector, the promoters of B Corporations believe that these purportedly triple-bottom-line entities can attract investors whose motivation may be a little on the social side, but a lot on the profit side, with the intention that the recipients of their investments might have Patagonia-like upsides. Perhaps that’s the potential of Better World Books, which says it has eight million books to market online to readers—with free shipping—with the financial benefits accruing in part to literacy partners such as Room to Read, Books for Africa, Worldfund, and the National Center for Families Learning, all with international footprints, plus local nonprofits such as Open Books (Chicago), Ride for Reading (Nashville), the Robinson Community Learning Center (South Bend), and the Prison Book Program.

Is there a significant difference between the for-profit structure of Better World Books and nonprofits dedicated to acquiring, donating, and selling used books to support international literacy efforts such as the International Book Project, Book Aid International, the UK-based Books Abroad, and Books for International Goodwill? Does the nonprofit structure of these organizations prevent them from being able to pursue strategies of scaling up that might be more readily available in theory to a for-profit enterprise like Better World Books?

Does Sustainability Television, with the slogan “Good stories, about good people, doing really good things,” have a stronger upside due to its for-profit nature (in the words of its co-founder and CEO, Jason Robinson, “blending not-for-profit and for-profit elements together into a financially responsible return on investment, enhancing healthy sustainable communities and lifestyles in the process”) than nonprofit or television news entities, such as the 354-member stations of the Public Broadcasting System? Perhaps they can’t continue attracting equity investment when they can’t promise only “good stories” or commit to content that is “free of politics and arguments.”

In so much of the realm of social activity, the emergent need is to build segments of society that are freed from the pressures of the market, no matter how temporarily well intentioned the for-profit entrepreneurs, managers, and investors. The theory behind benefit corporations is that there is no particular need to insulate parts of industries and communities from the pressures of profit, that the benefit corporation combination of for-profit and nonprofit elements achieves what nonprofits cannot achieve on their own and opens doors to sources of capital such as Eakin’s and other venture investment entities that nonprofits might not be able to tap. Or perhaps the nonprofit future in this model is like the array of partners of Better World Books—nonprofits that benefit from the investment through the profitability of the B Corporation as intermediary. It would be worthwhile for nonprofits themselves to engage in the benefit corporation debate and discuss whether they see these for-profit “hybrids” as boons to their nonprofit work or busts that threaten the long-term sustainability of nonprofits freed from the profit pressures of the markets.—Rick Cohen