Bad Will in Goodwill’s Support of California Collection Box Bill? 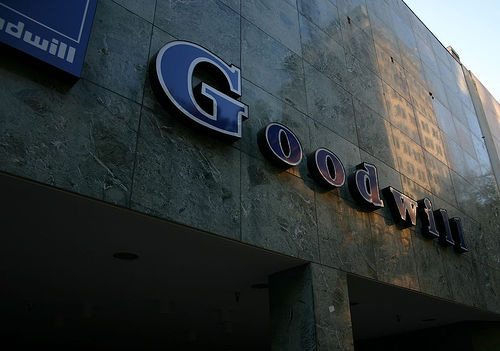 This is no ragman’s tale. The business of used and recycled clothing shed by Americans brings in more than $375 million annually, and that’s just the value of the stuff sold to overseas markets. Goodwill Industries, a $4 billion nonprofit international juggernaut, states that its sale of aftermarket textiles abroad is in the $100 million range, and it eschews the clothes collection drop-off boxes that many other enterprises, some for-profit, drop down on private property across California. That’s the crux of the tussle pitting Goodwill and, it claims, private property owners against other entities competing for this golden-fleece bonanza. Naturally, the smaller players see a Standard Oil-type heavy-handedness in Goodwill’s brash leadership role in support for Senate Bill 450, introduced by Democratic Sen. Cathleen Galgiani as the third effort in the last few years to strengthen collection box regulation. The bill would grant immunity to property owners who might be stepping on nonprofits’ toes by unilaterally removing collection boxes from their properties.

The loose amalgam of opponents of the bill, including D.A.R.E. America and Planet Aid, claim to control 80% of California’s collection boxes and, while unsure whether they can keep all form of restrictions from becoming state law, are fighting hard. Planet Aid’s $3 million in annual profit from this quietly robust industry go toward such laudable efforts as HIV prevention and teacher training. SB 450 opponents recognize they have bad apples among their collection box corps, including some entities that mask their profit seeking with misleading charitable claims. But they see Goodwill as a bully bent on quashing the competition. The West Coast Operations Manager of Planet Aid, Michael Moore, said, “I think it’s mean-spirited of Goodwill to present this bill to harm charities, to harm collection box operators. It just is.”

Goodwill aggressively defends its lobbying efforts by pointing to an alleged horde of landowners, fed up with a rash of boxes sprouting up all over the state, without sufficient protection from local ordinance, stating that the recycling receptacles have become a “nuisance, target for illegal dumping and a blatant violation of property rights.” However, very few of those landowners, dozens of whom wrote letters similar to Goodwill’s broadsides to the Senate committee slated to consider SB 450, have come forward with concrete claims of collection box blight. (Galgiani has tabled the bill for now for further review.) This is reminiscent of the vociferous voter ID movement of the recent presidential election season—a fight over a voter fraud problem made up of literally a handful of incidents nationally over the last decade or so.

While it’s hard to find angels on any side of a fight for such a large prize, Goodwill’s detractors skillfully play the sheep to Goodwill’s wolf. “All we’re trying to do is engage in the environmentally friendly and harmless business of collecting used clothing,” said D.A.R.E. America’s vice president of program development, John Lindsay. “We believe the people of California have the right to choose the charities they support.” Sen. Galgiani apparently sensitive to the controversy, is tacking to the center, as her representatives are trying to steer the focus away from evil collection box charities to the rights of property owners defend their rights. “The issue is that property owners are concerned about the issue and the cities are concerned about the issue,” said Galgiani’s deputy chief of staff Thomas Lawson. “What we’re trying to do is getting everybody on the same page. The property owners should have the say.”

Many in the industry are asking whether SB 450 is really necessary, considering that a 2010 law mandates that recycling boxes display the name, telephone number, and website of the operator, as well as the cause that a charitable collection box supports. NPQ would like to know: if SB 450 comes to pass, do you believe it will have a chilling and depressing effect on the charitable enterprise of used-clothing collection, both in California and across the nation?—Louis Altman