Bankrupt Detroit to Hundreds of Nonprofit Vendors: Contracts May Be Cancelled 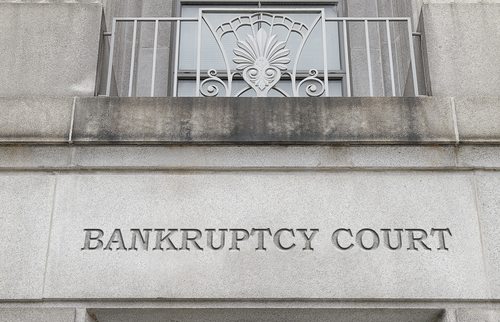 This is an event in the trajectory of the Detroit bankruptcy that was entirely predictable—we did so at the time of the announcement—and somehow sidestepped by almost everyone as the bankruptcy negotiations proceeded. Going into the July 4th holiday, Detroit filed with the bankruptcy court a list of hundreds of vendor contracts that it says it will no longer honor.

The contractors include for-profit and nonprofit entities, among them providers of a variety of services that the city used to deliver itself but outsourced in order to reduce the size and scope of city government. The city provided the courts with a list of all of the contracts that it no longer intends to honor, but did not provide dollar amounts for what the city might owe these entities for services already delivered. Our reading of the 52-page filing of contractors to be summarily terminated reveals well-known nonprofits that provide valuable services for people in need as well as small groups with relatively low profiles for which the denial of payments, either promised as part of ongoing contracts or for work already completed, can be truly devastating.

Particularly shocking aspects in the list of nonprofits to be axed are the following:

What is the future of Detroit’s nonprofits? Sitting behind major creditors like the pension funds and bond holders, with even some of the latter receiving much less on the dollar than they might be owed, what do you think the position of these nonprofits might be in the long line of claimants on whatever might be left?

This week, Detroit’s 32,000 retirees as well as current and former city workers will be voting on the pension-related aspects of the bankruptcy plan, whether non-uniformed pensioners will accept a 4.5 percent pension cut plus the elimination of cost of living allowances and whether some cost of living allowances will be cut for retired police and firefighters. The city’s nonprofit vendors are not being asked to submit their votes on the likely cuts they will suffer on whatever funds they might still be owed—our guess is a probable loss of some 90 cents on the dollar, if not more. No one is asking the nonprofit vendors to vote on the new $450 million arena for the Detroit Red Wings, three-fourths of the money for which to come from tax dollars. It is difficult to imagine some of Detroit’s tiny nonprofits pursuing legal action comparable to well-heeled creditors like Syncora, which just won at the Sixth Circuit Court of Appeals challenging part of the Detroit bankruptcy plan.

In 1975, President Gerald R. Ford—a Michigander—was lambasted for two words he never actually said, but were plastered on the front page of the New York Daily News as his response to New York’s plea for federal assistance to avoid bankruptcy: “Drop Dead.” The meaning of this filing by the bankrupt Detroit run by emergency manager Kevyn Orr is not too dissimilar: nonprofits, drop nearly dead.—Rick Cohen