Baucus and Camp Take Their Tax Reform Show on the Road 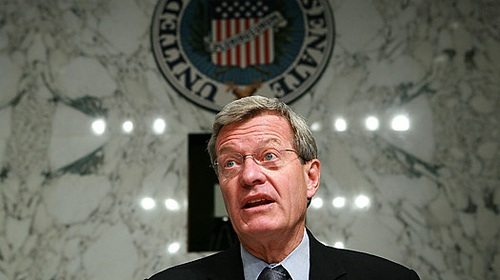 The tax reform road show is underway; tickets are free, and you don’t need to flick your Bic lighters to acknowledge the provisions you might support. Senate Finance Committee chair Max Baucus (D-MT) and House Ways and Means Committee chair Dave Camp (R-MI) plan to spend their summer touring the nation asking for ideas about tax reform. The idea, according to Baucus, is to get outside of the Beltway “bubble” to hear what ordinary Americans want in tax reform.

Their first stop was the 3M Innovation Center in Minnesota, chosen apparently because 3M has told Washington that it is open to trading all corporate tax breaks in exchange for a corporate tax rate significantly lower than the current 35 percent. Baucus and Camp are singing from a bipartisan score at this point, though they generally took only preselected questions. Baucus made a single exception, asking for one unscripted query that turned out to be on whether there was any guarantee that tax reform would actually happen, which neither Baucus nor Camp could assure.

Baucus and his committee’s ranking member, Orrin Hatch (R-UT), have pledged that they will consider tax reform from a blank slate, sort of a zero-based budgeting approach to tax reform. Essentially, every tax break to be protected will have to be justified and defended as though it were completely new. In the stop after 3M, they heard about one tax incentive that a particular business wanted retained.

Baucus and Camp visited a firm smaller than 3M, Baldinger Bakery, which recently built a new $30 million facility with $4 million in subsidy funds from the New Markets Tax Credit. A lobbyist for the New Markets Tax Credit Coalition, Bob Rapoza, quickly issued a statement defending the NMTC as “an effective incentive that has moved investment capital from the sidelines into some of the most economically distressed rural and urban communities in America.” Already, another bipartisan, bicameral duo—Senator Jay Rockefeller (D-WV) and Rep. Roy Blunt (R-MO)—have introduced legislation to permanently extend the New Markets Tax Credit, regardless of tax reform.

Although nonprofit leadership organizations have seemingly focused on the charitable tax credit as the be-all and end-all of nonprofit concerns about tax reform, the New Markets Tax Credit is a high priority for many nonprofit community development entities. NMTC subsidies have helped a wide variety of nonprofit and other socially beneficial projects, including the construction of 14 affordable homes by Omaha Habitat for Humanity, a seafood waste processing plant for the Gulf Coast Agricultural and Seafood Co-op in Alabama’s Bayou LaBatre, the development of a facility for homeless women and children by the Phoenix Rescue Mission, the construction of a social service “campus” in Los Angeles run by the Children’s Institute, construction of a new health clinic for the Generations Family Health Center in Willimantic, Connecticut, and dozens of others.

The nonprofit stake in tax reform is hardly just limited to the charitable tax deduction. As they track the Baucus and Camp roadshow around the nation waving their lighters at every mention of the word “charitable,” nonprofit leadership organizations might be well advised to remember that there are other nonprofit issues in play as Congress rethinks the contents of the tax code.—Rick Cohen