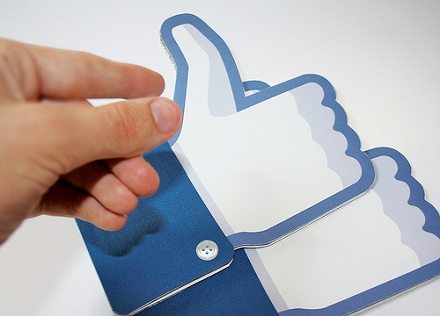 The BBC’s Rory Cellan-Jones has executed an interesting experiment using a pointless Facebook page to assess the worth of Facebook advertising and user “likes.” Cellan-Jones set up a page for the sole purpose of giving people bagels—that is, “virtual bagels.” The Facebook page allowed people to download a virtual bagel and promoted its aim of, as Cellan-Jones describes it, “delivering virtual bagels over the Internet to a world of virtual eaters.” Sounds completely pointless, right? Well, that was the point.

Through Facebook ads, Cellan-Jones spent a total of $60 generating 3,000 “likes” on VirtualBagel’s Facebook page. He targeted his ad to “under 45-year-olds interested in cookery and consumer electronics” in the U.S., U.K., Russia, India, Egypt, Indonesia, Malaysia and the Philippines. Cellan-Jones then discovered his page had hit big in Egypt, Indonesia and the Philippines, but generated little interest in the U.S. or U.K. So who were all these people liking VirtualBagel?

After looking at Facebook’s Ads Manager page, Cellan-Jones found that Cairo was the city where VirtualBagel was most liked, and some of the profiles of those liking VirtualBagel seemed as though they might be controlled by computer software. This year, Facebook acknowledged that about five to six percent (which would be up to 54 million profiles) of Facebook accounts could be fake users.

Facebook replied to the Cellan-Jones experiment by criticizing his procedure of selecting a target group, which Facebook argues renders the experiment useless. But Rory Cellan-Jones brings up valid questions on this Facebook experiment, not the least of which is, “Who are these people in some countries who are clicking in an apparently random way on thousands of Facebook adverts and earning the network a small fee each time?”

Despite “cries of rage” from some social media marketing gurus who may have felt like one of their sacred cows was just stabbed, Cellan-Jones continued his experiment with the VirtualBagel Facebook page subsequent to the Facebook ads foray. Sans ads, he found the page received far less “likes” but that user engagement increased greatly over the (nearly zero) engagement that was established during the advertising period with its 3,000 “likes.” Post-ads, Cellan-Jones reports the page is seeing “vibrant discussions about the value of Facebook ads, and many more people listed as actually visiting the page.” This raises the question of whether the standard, free usage of Facebook may be more beneficial than placing paid advertising on Facebook. If so, Cellan-Jones notes that the implication could be very significant for “a business that needs to convince investors that more and more companies want to pay for its advertisements.”